Duet Display is an app that lets you use an iPad as a second screen for your computer. Originally “computer” meant Mac. But now the developers have launched an update with support for Windows.

That means you can connect an iPad to a Windows computer with a Lightning cable, fire up the app and Windows will treat your tablet as a second display. 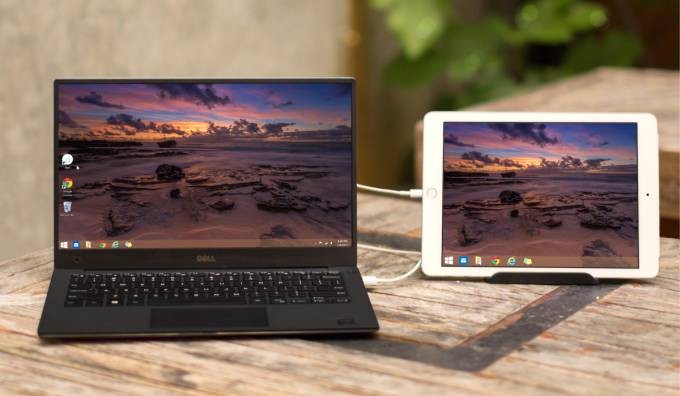 The app supports Windows 7 or later and allows you to extend your Windows desktop to the second screen. For example you could watch a video on your tablet while composing a document on your notebook screen or have Twitter or a chat window up on one screen while playing a game in the other.

Not only does Duet Display let you treat the iPad as a second screen, but it also acts as a touchscreen: you can interact with Windows apps by tapping the touchscreen… but as Windows Central notes, Microsoft’s operating system will treat your finger presses as if they were mouse input, not touch. That means you won’t be able to Windows swipe gestures on the touchscreen.

The Verge also notes that Windows will treat the iPad as a 1024 x 768 pixel display, even if you have an iPad with a higher-resolution “Retina” display.

Duet Display normally sells for $16, but right now it’s available from the App Store for $10. You’ll also need to visit the Duet display website to download and install a free app on your Mac or PC.