The Zsun WiFi Card Reader is a tiny, cheap microSD card reader that sells for between $11 and $15 (or a few dollars more if you want to order from AMazon instead of from a Chinese retailer).

You can plug the card reader into the USB port of your computer, but as the name suggests, it also supports WiFi — which allows you to access microSD cards even if you’re using a phone or tablet that doesn’t have a card reader.

But a group of Polish hackers found a way to do something else with the Zsun card reader: turn it into a tiny WiFi router. 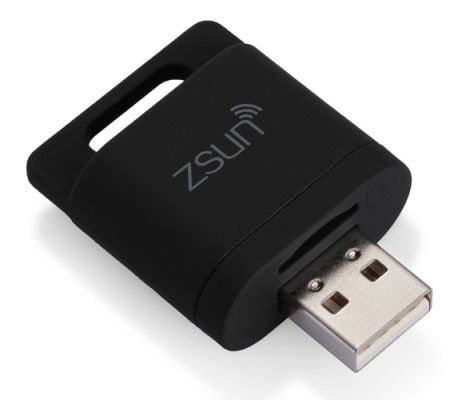 Basically the hack involves replacing the firmware of the Zsun card reader with a custom version of OpenWRT, an open source Linux distribution designed for routers and other embedded devices.

Once you’ve turned the device into a router you could use it to connect devices on the go by creating a portable local network, connect a few devices to create a mesh network, or anything else you could think of doing with a cheap, tiny wireless router. Connect the USB port to a portable power bank and you can even use it when it’s not plugged into a laptop or a wall jack.

The card reader has an Atheros AR9331 processor, 64MB of RAM, 16MB of SPI flash storage, and a card reader, so it’s not exactly going to be the most powerful router available. But it could be one of the smallest and cheapest.

On the other hand, installing OpenWRT on the Zsun card reader is kind of tricky, but you can find detailed instructions at the project’s Wiki page. The most foolproof methods involve some hardware hacking, but there are some software-only solutions… it’s just that they’re very risky and if something goes wrong you could kill the device.

Update: As Sai Guatam points out in the comments below, if all you want is a pocket-sized USB WiFi router or hotspot, you can find plenty for around $5 – $15. But those models don’t necessarily support OpenWRT, which gives you more control over the settings and performance of a router than the stock firmware usually does.

Update 2: Actually… Woot is selling a Buffalo WMR-300 AirStation travel router for just $15 as of January 26th, and there is a version of OpenWRT for that device.