If you don’t know what you’re doing, you can let other developers do the heavy lifting, and just download and install their pre-compiled builds. For example, want to turn a Raspberry Pi into a Chromebox? Check out Chromium OS for SBC. 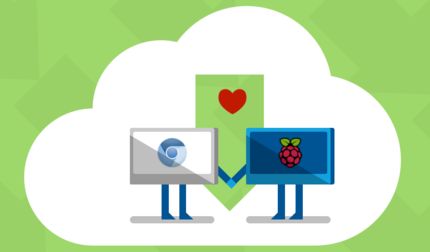 As the name suggests, the goal of this project is to release builds of Chromium OS that can run on all sorts of single-board computers. But for now, only two are supported: the Raspberry Pi 2 and Raspberry Pi 3.

Note that the Raspberry Pi 3 build doesn’t yet support the on-board WiFi and Bluetooth, which kind of limits what you can do without a WiFi adapter (and not all adapters are currently supported either).

The install process is pretty simple: just download the operating system, write it to an SD card, insert that SD card into the Raspberry Pi, and turn on the little computer. The tricky part is putting the OS on an SD card, but there are step-by-step instructions for doing that from a Windows or OS X computer.

via Softpedia, Lifehacker, and Lon Seidman