Want a secure smartphone? There are a few options available: Samsung’s Android phones use the company’s Knox security technology. BlackBerry emphasizes its own security solution. Silent Circle designed its own custom version of Android focused on security and privacy for the Blackphone.

But the Turing Phone from Turing Robotic Industries may be one of the most unusual security-focused phones to date. It has a unique design that lacks even a headphone jack or a USB port, because the company wants to make it as difficult as possible for unauthorized users to get data from the phone. 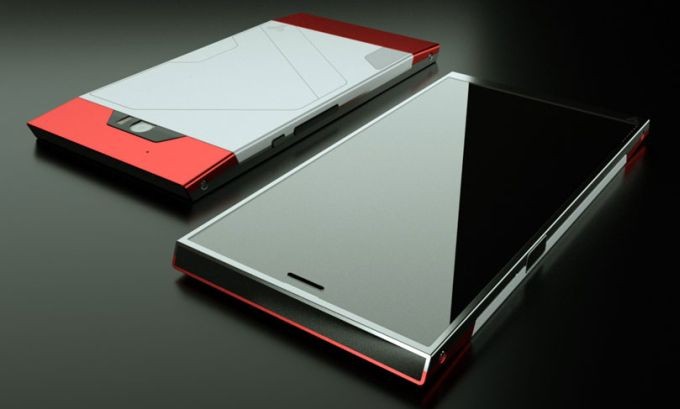 The company unveiled the phone earlier this year and plans to begin taking pre-orders July 31st for $610 and up.

I’ve been reading about the phone for a little while, but to be honest, I wasn’t sure whether to take it seriously since I’d only seen rendered pictures of it rather than real-world photos. But now the folks from Android Authority have posted a hands-on video showing a semi-functional prototype. The Turing Phone may not be finished… but it certainly looks like a real product.

Here are the things that make it really stand out:

OK, but what about the lack of a headphone jack? No problem… Turing figures you can use Bluetooth headphones, speakers, or other accessories.

There’s a proprietary charging port in place of a USB adapter… because Turing doesn’t want to make it easy to connect the phone to a PC. If you want to transfer data to and from the phone, the company wants you to do it using a WiFi connection.

The Turing Phone is an unusual looking device that’s designed to offer durability and security. But the decision to use a non-standard charger and to leave out the traditional audio hardware could turn off some users… as might the idea of ordering a high-priced phone from a company with no real track record.

Still, if you’re interesting in pre-ordering a phone, Turing plans to charge $610 for a phone with 16GB of storage, $740 for a model with 64GB, and $870 for a 128GB version. Those prices include a Bluetooth headset, speaker, game controller, and keyboard which are part of a bonus package for customers that pre-order the Turing Phone.