When Konami revealed plans to launch a TurboGrafx-16 Mini, the announcement was light on details about the price, release date, or complete game list.

Now we have some answers.

The TurboGrafx-16 Mini will be available exclusively from Amazon at launch, and it goes up for pre-order July 15th (the start of Amazon Prime Day), although it’s not expected to ship until March 19th, 2020.

Konami hasn’t announced the US price yet, but the Japanese version will sell for about $100. 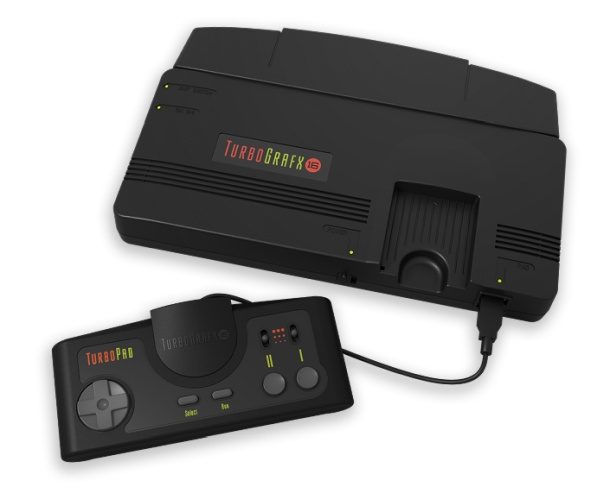 Konami has also revealed that the retro game console will come with loaded with 50 games… although 26 of them are in Japanese and only 24 are in English, which could make some games a little tough to play for folks who don’t speak (or at least read) both languages.

The game console will measure 9.4″ x 6.1″ x 1.4″ and it features an HDMI port with support for 720p or 480p video output, a micro USB port for charging, and the TurboGrafx-16 mini comes with a single game controller, but you can buy an extra for multiplayer games (or an optional Multi Tap accessory that lets you connect up to five controllers).

As for the game list, here are the English and Japanese titles that come pre-installed. Note that there’s a little bit of overlap, which means there’s not quite 50 unique games, but to be fair, that’s not exactly what Konami is promising.