Konami’s TurboGrafx-16 Mini is a retro game console that looks like a (slightly) smaller version of the classic game console from the late 1980s/early 1990s. But the new version ships with 50 games pre-installed and doesn’t play cartridges.

First unveiled last June, the TurboGrafx-16 Mini was supposed to ship to customers in March. But then global pandemic happened, and that kind of wreaked havoc on supply and distribution chains. So the company announced an indefinite delay.

Now Konami says customers in the US who purchased a TurboGrafx-16 Mini from Amazon should start receiving their orders on May 22. 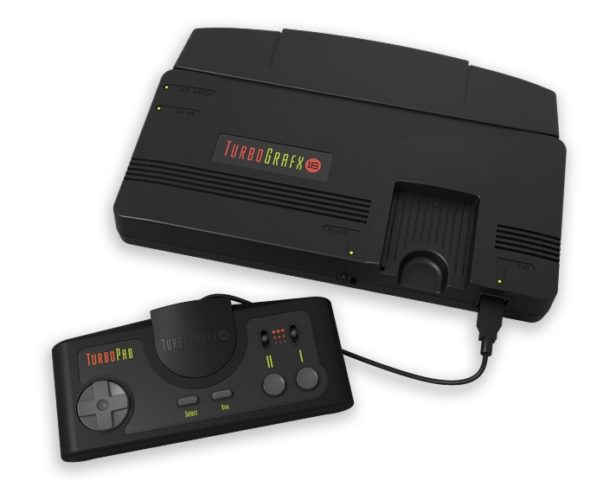 Konami has also produced similar devices for the Japanese and European markets. Japanese customers have been able to get their hands on a PC Engine Mini since March, while no new release date has been announced for the European Core Grafx Mini yet.

Each version of the retro game console comes with a single game controller, but you can also buy optional accessories including additional game controllers (for $25 each), and a $30 Turbografx-16 Mini Turbo Tap (that lets you connect up to 5 controllers at once for multiplayer games).