The Nokia Body Cardio is a $180 scale that you can step on to measure your weight, BMI, heart rate, muscle mass, and other stats. It can also sync with a mobile app on your phone via Bluetooth and connect to the internet via WiFi.

That internet connection lets the scale display weather forecasts and other information, as well as download software updates.

Unfortunately one of those updates is about to remove one of the key features that made the Nokia Body Cardio different from most other smart, connected scales. 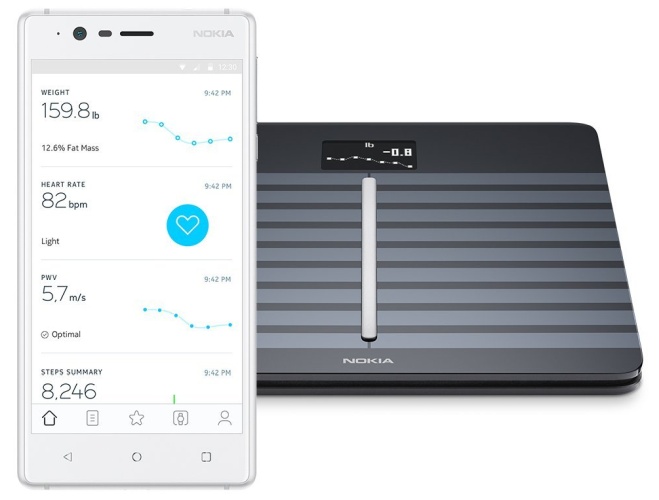 Nokie says it’ll roll out a mandatory update starting January 24th, 2018 that removes the Pulse Wave Velocity feature, which had been designed to measure cardiovascular health by looking at the speed of blood flowing through arteries.

The Nokia Body Cardio was the first home scale to feature a Pulse Wave Velocity feature, but Nokia says it’s “learning its capabilities in the area of measurement of pulse wave velocity may require a different level of regulatory approval.”

In other words, it looks like the FDA may have changed the way it’s regulating this type of device, possibly leaving Nokia with a choice of disabling the feature, ceasing sales, or possibly issuing a recall.

As far as I’m aware, nobody ever removed features from an old-school $10 bathroom scale via a software update.

I guess it’s good news that Nokia can address the issue with a software update. It’s also arguably good news that if regulators aren’t convinced that the feature worked as expected, home users won’t be seeing questionable measurements. But if you paid extra for this scale specifically because it was the first with Pulse Wave Velocity measuring capabilities, Nokia is offering existing customers an optional $30 coupon or the chance to return their scales for refunds.

Nokia doesn’t seem to be planning to drop the price of new scales though, saying that this is still the company’s best model thanks to “advanced technology” for more accurate measurements, “as well as a sleek profile, and rechargeable battery.”

That said, the $100 Nokia Body+ does look like a pretty competitive option now, with most of the same features as the more expensive Body Cardio.

The company will let users download Pulse Wave Velocity data from the Health Mate website as a CSV file, but it will no longer be shown in the Health Mate mobile apps or on the website dashboard.

2 replies on “The trouble with connected devices: Nokia’s Body Cardio scale is about to lose a key feature”