The Tronsmart T1000 is a $30 wireless display adapter that lets you stream content from a phone, tablet, or PC to a TV or monitor. Just plug the tiny stick into the HDMI port on your display, hook up the USB power supply (which also has a WiFi adapter), and fire up the EZCast app on your Android, iOS, Windows, or OS X device to connect.

At least that’s the idea. In practice, the results are a bit hit or miss. While the Tronsmart T1000 did a good job streaming video from my phone to an external display, setting it up to work with a Windows tablet is a bit trickier. 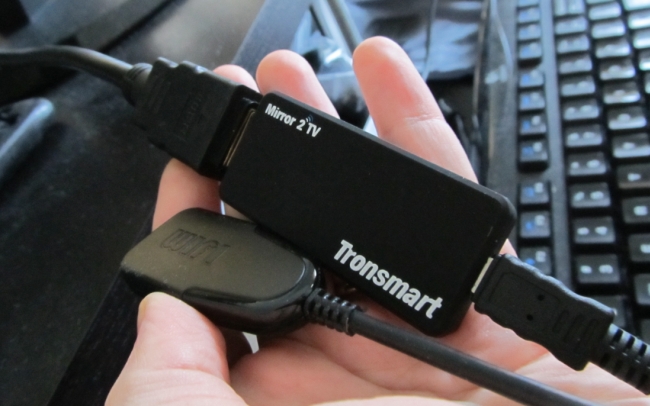 Update: An earlier version of this article was written before I figured out how to get the Miracast wireless display features working. The article has been updated to better reflect the performance of the T1000 using EZCast and Miracast technology.

A few weeks ago I wrote about my experiences connecting a mouse, keyboard, and speakers to the Dell Venue 8 Pro tablet and pretending it was a desktop PC. I didn’t hook up an external display because the tablet doesn’t have an HDMI or VGA port and I didn’t have a wireless display adapter.

So the folks at Geekbuying sent me one. They sell the Tronsmart T1000 Mirror2TV adapter for $30, which makes it about $5 cheaper than a Google Chromecast.

Setup is as simple as turning on your display, running the EZCast app on the device you want to connect, and entering the network ID and password shown on your screen.

You can use an Android, Windows, iOS, or OS X device to perform the setup and connect the T1000 to your local network. Once you’ve done that, you’ll still need to keep a device with the EZCast app around so that you can switch modes on the T1000 (and decide whether to use EZCast or EZMirror for Miracast, for example). 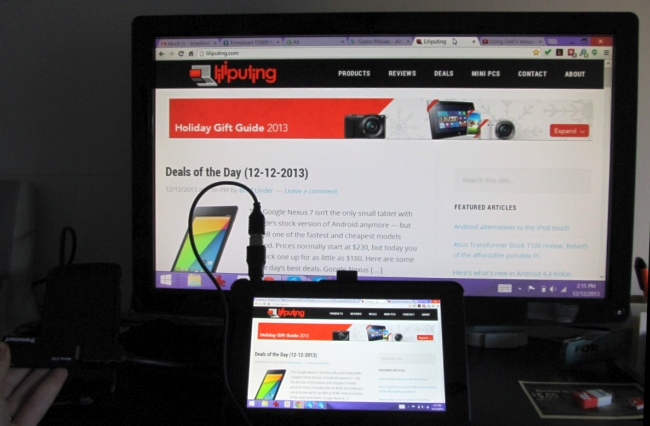 It takes only a few seconds to pair the Tronsmart T1000 with my Google Nexus 5 smartphone, but getting it to work with the Dell Venue 8 Pro is a bit trickier.

Ultimately, it might take a few minutes and a few tries, but it is possible to connect the T1000 as an external display.

Once you’ve done that, you can use it as a second monitor, letting you duplicate or extend your desktop. The connection is good enough to stream videos, play games, or perform other tasks — but there seems to be a tiny bit of lag, so if you were going to do serious gaming you might want a wired connection.

There is another option for connecting a Windows device to the T1000: You can use the EZCast app instead of Miracast mode. This enables a direct connection that lets you mirror your display — but it’s slow. In my tests, I got less than 10 frames per second, which means that videos looked like slideshows. 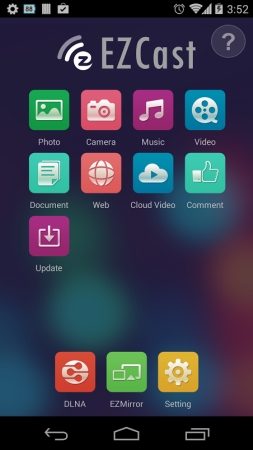 Interestingly the EZCast app works quite nicely with an Android phone — without mirroring your entire screen, you can use it to surf the web, watch videos, or even stream content from YouTube or a handful of other supported sites. 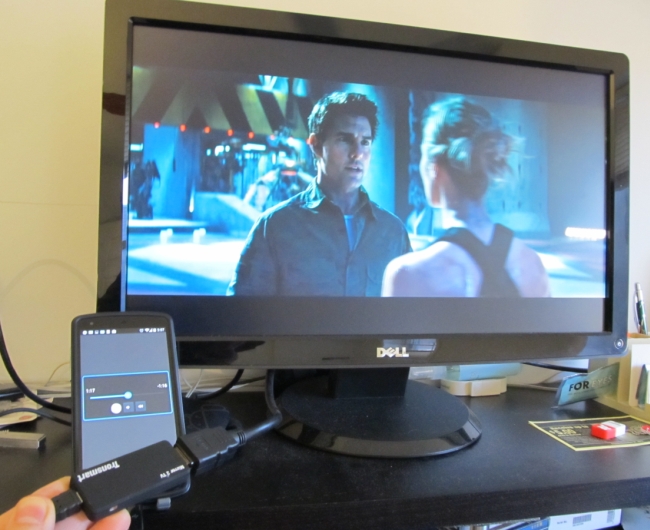 That lets you watch videos from Netflix or Hulu Plus, play games, and do much more than you could using the EZCast’s simple video tools. 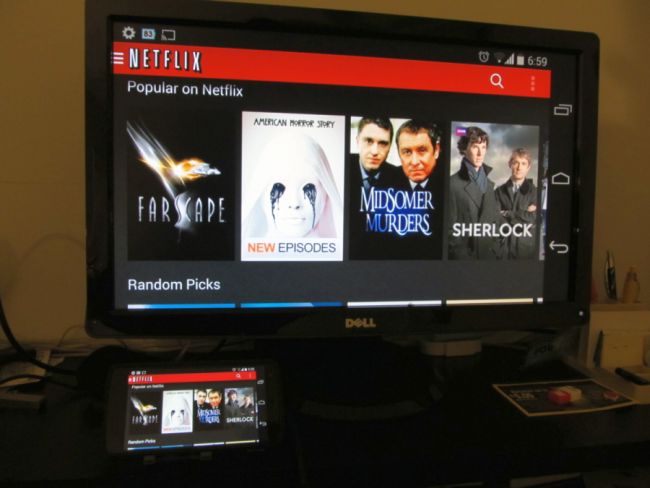 In some ways a device like the Tronsmart T1000 is more versatile than a Roku, Apple TV or Chromecast, since it allows you to mirror a PC display, surf the web using a mobile device, or stream local videos from your phone or tablet to a TV. On the other hand it’s not quite as easy to use as those other streaming media apps and the PC screen mirroring can be tough to configure on a Windows device — and you may have to spend a few minutes setting it up every time you want to connect the display.

If you’re really looking for a way to hook up Dell’s 8 inch Windows tablet to an external display, you’d probably be better off using a USB DisplayLink adapter and a docking station like the $129 Plugable UD-3900

. While I haven’t personally tested that setup, the folks at Plugable used the docking station and DisplayLink adapters to hook Dell’s little tablet up to 4 monitors at once without any difficulty.

Here’s a video I shot before I figured out how to get Miracast working — but it shows the EZCast app running on Android and Windows.