Chinese device maker Tronsmart has been offering a range of Android media boxes and video streamers for a few years. But the company’s latest product is a full-fledged computer… mostly.

The Tronsmart Ara BJ19 is a small form-factor PC with an Intel Celeron J1900 quad-core Bay Trail processor and support for Windows or Linux software. It’s available from AliExpress or eBay for about $130. But that’s the price for a barebones model: you’ll need to add your own memory and storage. 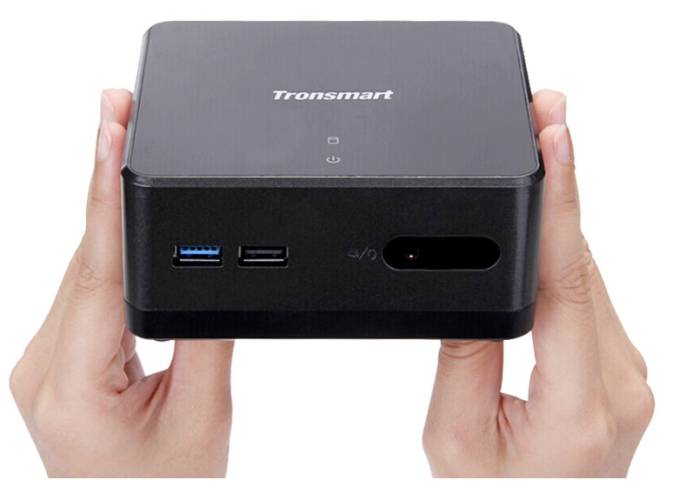 The computer is about the size of an Intel NUC mini PC and features HDMI. DisplayPort, and Gigabit Ethernet jacks, three USB 2.0 ports, one USB 3.0 port, and a headset jack.

It includes a wireless card with 802.11b/g/n WiFi and Bluetooth 4.0 support, and there’s a 2.5 inch drive bay for a hard drive or solid state drive as well as support for up to 8GB of RAM.

Note that the Tronsmart Ara BJ19 uses an active cooling system: there’s a fan inside the case which will generate a little bit of noise while keeping the computer cool.

Gigabyte offers a similarly-sized, Celeron J1900-powered barebones PC. You can pick up a Gigabyte GB-BXBT-1900 from Newegg for $110. That model has one less USB port, and instead of DisplayPort, it features a VGA port for its second display output.