The Google Translate app for Android and iOS lets you type out words or sentences (or by speaking them) to get translations for dozens of different languages. You can also snap a photo of signs, menus, documents, or other real-world objects to get translations of written text.

Now you don’t even need to snap a photo — using the latest version of Google Translate you can just point your camera at an object to get a real-time translation. 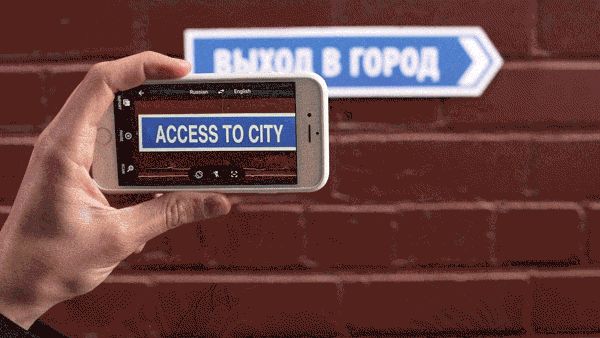 A startup called Word Lens developed the real-time translation technology which not only identifies text, but also replaces it on your screen. For example, a sign which says “к северо-западу” in Russian should say “Northwest” on your phone’s screen.

Google says it’s also updated its voice translation feature to let you convert spoken words from one language to another with fewer taps.

It seems like that real-time translation we heard about earlier this week is one step closer to reality.