which ships with Amazon’s custom version of Android 4.0 and tight integration with Amazon services and digital content stores.

But by installing CyanogenMod 10.1 on the tablet, you can run Android 4.2, use the Google Play Store, and run virtually any app that’s available for Android on the inexpensive tablet. 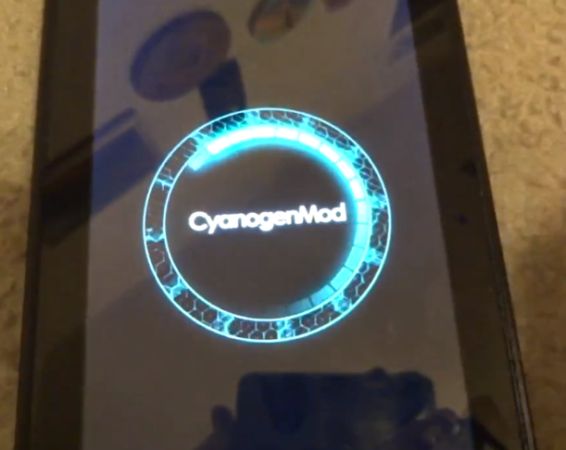 The Kindle Fire 2 has a locked bootloader, so the install process is kind of complicated. You need to get into Fastboot mode and install a 2nd-bootloader and custom recovery, and in order to do that you’ll need an extra piece of hardware: a fastboot cable.

You can make your own or save yourself the trouble by picking one up for eBay, where they sell for less than $7.

Update: There’s now a simpler way to install custom ROMs on the Kindle Fire 2, and it doesn’t require a fastboot cable (unless something goes wrong). You can find more instructions in fmkilo’s TweezerMod installer post at the xda-developers forum.

Once you’ve got a Kindle Fire 2 and a fastboot cable, you can follow developer Hashcode’s instructions at the xda-developers forum for downloading and installing CyanogenMod 10.1 on the Kindle Fire 2.

As of January 16th, 2013 CM10.1 for the 2nd-generation Kindle Fire doesn’t support hardware video acceleration. That means while most functions will work, you won’t be able to stream HD video from YouTube and Netflix won’t stream video at all. Battery drain during sleep is still higher than it should be, and headset microphones don’t yet work properly.

The stock keyboard also doesn’t work properly, but you can get around that problem by installing a third-party keyboard from the Play Store.

If those features are important, you’re probably better off sticking with Amazon’s software… for now.

The video below shows the Kindle Fire 2 booting TWRP recovery and CyanogenMod 10.1. Remarkably the developer (Hashcode) doesn’t actually have a Kindle Fire 2, and the video was uploaded by someone testing the code that he had written.

One reply on “Transform a $159 Kindle Fire 2 into a full Android tablet with CyanogenMod 10.1”