So the good news is that you can now buy the first wireless router to support 802.11ad or WiGig technology. The even better news is that it supports crazy fast wireless data transfer speeds.

While 802.11ad might sound like a replacement for 802.11ac WiFi, it isn’t. Instead, the new WiGig protocol is designed to offer speedy, connections between hardware like laptops and docking stations, storage devices, and external displays. It only works over short distances.

TP-Link’s router can help with that, and it also functions as a 802.11ac WiFi router, which means that it’s a single router that you can use for WiFi and WiGig. 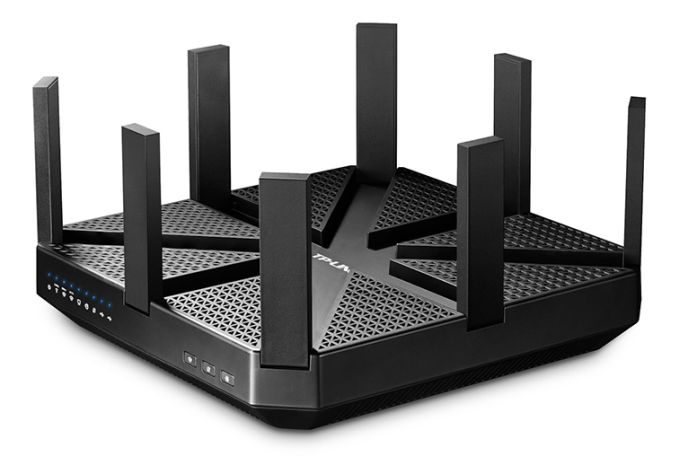 TP-Link says its router can handle data transfer speeds of up to 4600 Mbps when using the 60 GHz 802.11ad/WiGig band.

It won’t blanket your home with 802.11ad signals (because that’s not what 802.11ad is for), but it does seem to have the hardware of a pretty good 802.11ac WiFi router, including eight high-gain antennas.

There aren’t a lot of devices that support the WiGig protocol yet. But as more laptops, docking stations, displays, and other products with 802.11ad features hit the market, routers like the Talon AD7200 will start to make more sense.

Right now the best reason to spend $350 on one is probably to future-proof your network. But if you don’t have any WiGig-capable hardware yet, you can probably save a lot of money by purchasing a good 802.11ac router for half the price.