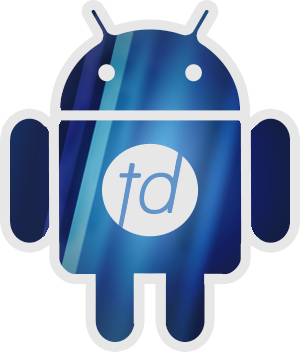 This morning there were at least two teams of independent developers working to port Google’s Android operating system to run on the HP TouchPad tablet — but there was pretty strong evidence that one of those teams was cribbing work from the other.

This afternoon there’s only one team left standing. Members of the TouchDroid team have publicly admitted that some of their work was copied without attribution from the CyanogenMod team after a TouchDroid member discovered the code posted on a public website.

After a lot of finger pointing and name calling on Twitter, in user forums, and on reddit, it looks like TouchDroid team is calling it quits. Most active members have given up on the project, and while some may continue plugging away at Android on the TouchPad, they won’t be doing it under the TouchDroid name anymore.

But as we saw yesterday, the folks at CyanogenMod are already pretty close to releasing a fully functional version of Google Android 2.3.5 for the HP TouchPad tablet. Now we know they managed to get touchscreen drivers working before the TouchDroid team, and we also know that they have hardware video acceleration working. The only major component still missing is WiFi support.

The HP TouchPad tablet features a 1.2 GHz Qualcomm Snapdragon processor, a 9.7 inch, 1024 x 768 capacitive multitouch display, and the webOS 3.0 operating system. I’ve been playing with webOS since I finally got my hands on a TouchPad yesterday, and there’s a lot to like about it. The task switching system is really top notch and notifications are well thought out.

But I’ve been frustrated by the small number of high quality apps for the platform. When HP marked down the price of the tablet to $99, I figured that was an excellent price if I used the tablet as nothing more than an eReader, but there are only a handful of eBook apps for the device. The Amazon Kindle app is quite nice, but if you don’t buy your books from Amazon, it’s tough to side-load your own books. The pReader app is quite popular, but it’s clearly designed for phone-sized devices, not tablets.

Installing Android, when it’s available, will make it possible to load Aldiko, Moon+, FBReader, or any of the other excellent eReader apps for Android — not to mention many other high quality apps. There are hundreds of thousands of apps for Android, compared with about 6,000 apps for webOS.

CyanogenMod also plans to offer a dual-boot solution, which means that you won’t have to uninstall webOS to boot Android, so you’ll be able to get the best of both worlds on the tablet.

It would be nice if there were still multiple teams working on the project, because as cool as CyanogenMod is, there are plenty of other talented folks in the Android hacking community working on different custom firmware for all sorts of devices — and it’s always nice to have choices. But given the controversy surrounding the TouchDroid project, I’m not surprised to see the team disband.

The guy that maintains the TouchDroid website says he’ll release a system dump from his device so that any interested parties can take a look at the code produced so far and try to continue the project.

Update: It’s now available, along with instructions for installing the software. There’s no support for this project, you could brick your device, and you won’t have WiFi. The Home, Menu, and Back functions don’t really work yet. But if you want to install Android on your TouchPad, now you can.