Toshiba is updating its Satellite Radius line of convertible notebooks with three new models. Like earlier members of the Radius family, all of the new models feature 360 degree hinges that let you fold the screen back until it’s opposite the keyboard so you can hold the laptops like a tablet.

But the new models feature updated processors, a dedicated button for Microsoft’s Cortana digital assistant software, and one model has something Toshiba hasn’t offered on a convertible notebook before: a 4K display. 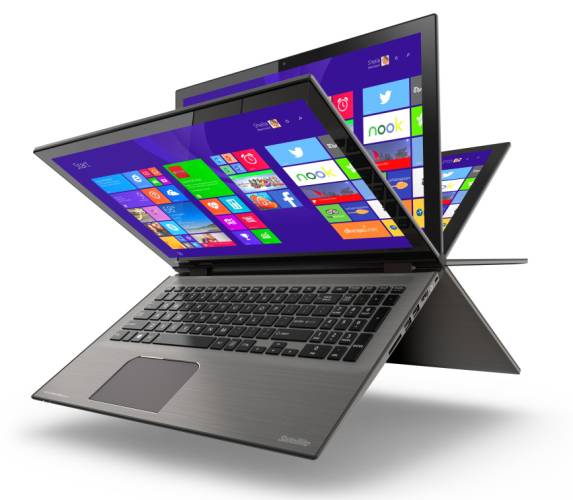 The laptops will be available starting June 21st, which means they’ll ship with Windows 8.1 software. But they’re eligible for a free upgrade to Windows 10 when the operating system launches on July 29th, which explains the dedicated Cortana button (since Cortana isn’t available for Windows 8.1).

Toshiba hasn’t announced any plans to update the Radius 11, which is a low-cost convertible with an 11.6 inch display and an Intel Celeron Bay Trail processor.