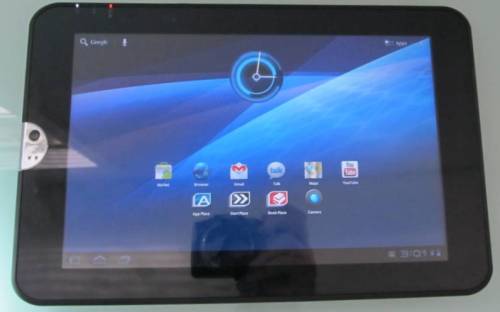 The Toshiba Thrive Android tablet went on sale just over a week ago, but early customers are already starting to notice a major with the company’s first tablet to run Google Android 3.1 Honeycomb. According to a thread at the Toshiba forums, a number of users are having trouble getting the tablet to resume from sleep.

In other words, if you let the tablet display turn off and then press the power button to turn the screen back on… nothing happens. In this situation the only fix appears to be holding down the power button until the device turns all the way so you can reboot. That process can take a couple of minutes. Part of the appeal of Android tablets is supposed to be their “always on” capabilities which allow you to start using the device within a second of tapping the power button.

Honestly, I haven’t really noticed this issue on the demo unit Toshiba sent me to review, but I haven’t had a chance to test the tablet extensively yet.

But the folks at PC World reached out to Toshiba and received a note acknowledging the issue and promising that a solution is in the works. Toshiba will push out a software update using the Toshiba Service Station app that comes preloaded on the tablet. There’s no word on when we can expect to see that update though.