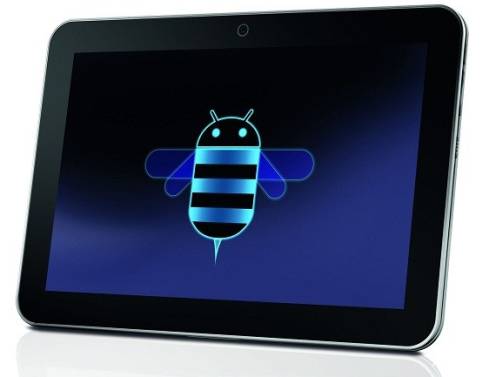 Just two months after launching the Thrive tablet, Toshiba is introducing its next 10 inch tablet: The Toshiba AT200.

As expected, the AT100 will be thinner than the Thrive, measuring just 7.7mm inches thick. That’s about 0.3 inches, which puts the AT200 in the same class as the Samsung Galaxy Tab 10.1 and Apple iPad 2.

The tablet is also one of the lightest 10 inch models around, weighing just over 1.2 pounds.

What the Toshiba AT200 doesn’t have are the full-sized HDMI, USB, and SD card ports found in the Thrive. Instead it has mini or micro versions of each. It also doesn’t appear to have a removable battery. But it sure looks purty.

The tablet is expected to ship in some parts of the globe by the end of the year, but all that Toshiba will say about US availability is that the AT200 is on the roadmap. There’s no firm information available about a US release date or price.

2 replies on “Toshiba unveils the AT200 Android tablet”