Toshiba and Microsoft are showing off a Windows tablet prototype that’s said to be super-thin and super-light. The unnamed 12 inch tablet features a 1920 x 1280 pixel display, an Intel Atom processor, and support for a digital pen and a detachable keyboard dock.

Microsoft briefly demonstrated the tablet during a press event at IFA in Berlin, and The Verge got a chance to take a closer look. 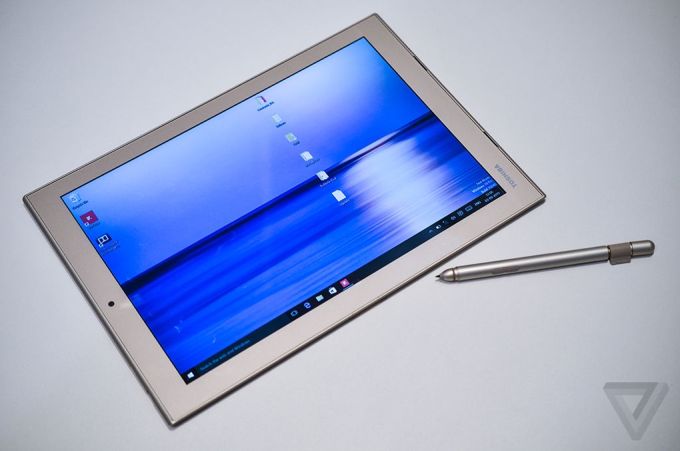 Toshiba isn’t providing exact specifications for the tablet yet, so we don’t know just how thin or how light it is, or which Atom processor it will feature. But we do know that it connects to a keyboard dock with magnets, allowing you to use the tablet like a notebook.

The docking mechanism doesn’t seem to be adjustable though — so if you don’t like the angle that the tablet is propped up at, it looks like you’re probably out of luck.

Since the tablet seems to be thinner than the digital pen it comes with, there’s no way to stick the pen inside a slot in the tablet when it’s not in use. Instead, Toshiba’s prototype features a mechanism for docking the pen to the side of the tablet, although The Verge says the design of the stylus docking hardware hasn’t been finalized yet.

You can find more photos at The Verge.