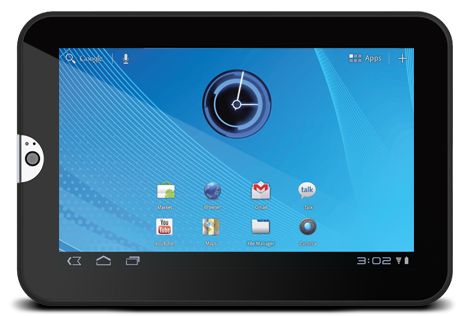 That makes the Thrive kind of pricey when compared with a $199 Amazon Kindle Fire, but the tablet also has a bit more power under the hood:

The tablet has a micro HDMI port, microSD card slot, and mini USB port. You can order the tablet starting today from Toshiba or from B&H.

Toshiba’s 10 inch Thrive tablet has a user replaceable battery and full-sized USB, SD card, and HDMI ports. Those features help the tablet stand out in the crowded field of Android tablets, but the new 7 inch model is smaller and lighter, measuring about half an inch thick and weighing about 0.8 pounds.