Toshiba is introducing a new detachable tablet-style laptop called the Satellite Click. It’s a two-piece computer, featuring a 13.3 inch tablet and a keyboard dock that lets you use the tablet as a notebook.

Toshiba says the Satellite Click will be available at BestBuy and Toshiba Direct later this month for around $599. 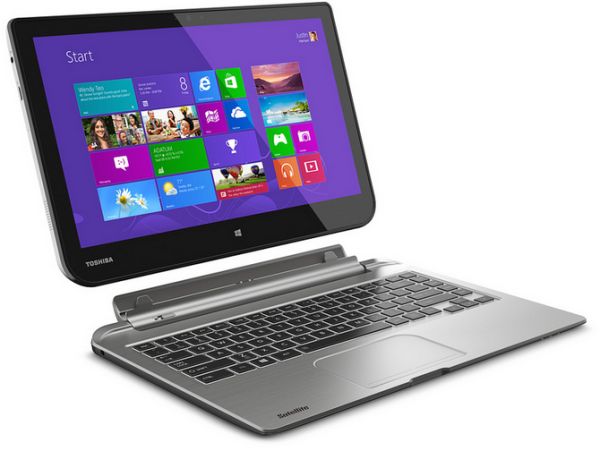 You’ll find a micro USB 2.0 port, HDMI port, and microSD card slot on the tablet. The keyboard base has a full-sized USB 3.0 port and an extra battery which provides longer run time, and which charges the tablet battery when the device is docked.

Toshiba says the tablet should get about 5 hours of run time, while the keyboard dock extends that to 7 hours.

While the Toshiba Click W30Dt will be exclusively available in the US from Best Buy and Toshiba, the company will also offer a Satellite W30t model with an Intel Haswell processor and Intel HD 4300 graphics in other regions.

via SlashGear and VentureBeat