Toshiba has unveiled a new 2-in-1 Window tablet with an 8.9 inch display and a detachable keyboard. It’s called the Toshiba Click Mini, and it features a full HD IPS display, an Intel Atom Bay Trail processor, and up to 16 hours of battery life (when you use the tablet and keyboard together).

Unfortunately Toshiba has no plans to offer the Click Mini in the United States, but it should be available in Europe in the first quarter of 2015 for about 299 Euros. 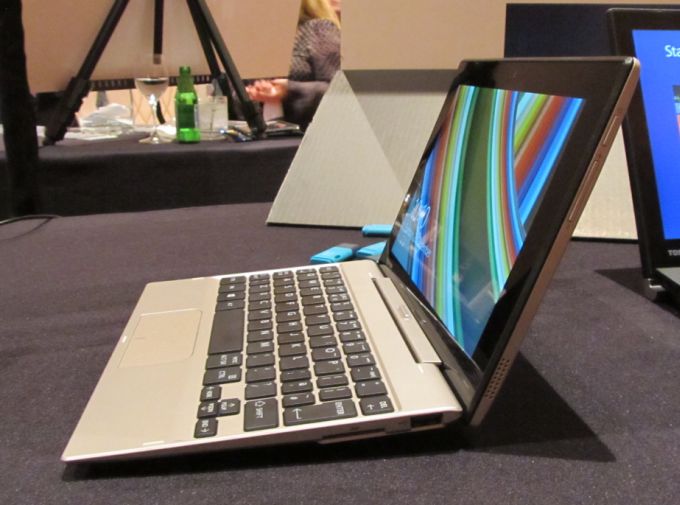 It runs Windows 8.1 with Bing software, comes with a 1-year subscription to Microsoft Office 365 Personal, and Toshiba will offer models in white or gold, although only the white version will be available at first, with the gold model following later this year.

Overall the Satellite Click Mini looks like a pretty solid little portable 2-in-1 device, although the keyboard and touchpad are pretty cramped. Still, it’s nice to see that the Asus Transformer Book Chi T90 isn’t the only option in the 8.9 inch Windows 2-in-1 tablet space.