The Toshiba Satellite Click is a 2-in-1 computer that you can use as a tablet or a notebook. It gets the “Click” name from the mechanism that lets you attach the tablet to a keyboard dock, click it in place, and start typing away.

While the original Satellite Click is relatively inexpensive by 2-in-1 Windows PC standards, it’s also kind of underpowered, thanks to an AMD Temash processor.

Now it looks like Toshiba is working on a next-gen model, and while details are scarce, signs point to the new version packing a little more power. 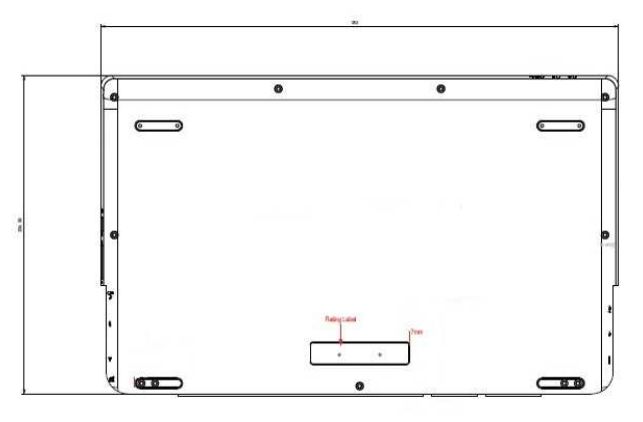 A new tablet called the Toshiba Satellite Click 2 Pro P30W showed up at the FCC this week. The label drawings make it clear that like its predecessor, the new model is a 2-in-1 device with a tablet section and a keyboard base station. It appears to have a 13 inch display and it features Harman Kardon speakers.

Other specs aren’t available from the FCC listing, but Toshiba launched a similar device in Germany recently, and that model features an Intel Core i-4210U Haswell dual-core processor with Intel HD 4400 graphics, a full HD display, 4GB of RAM, up to 256GB of storage, and 802.11ac WiFi.

The 2-in-2 computer features HDMI and USB ports in the keyboard base station, as well as a roomy touchpad.

Toshiba hasn’t announced a US release date or price for the new device, but it’s listed at about 999 Euros in Germany. It’ll probably be a bit cheaper if and when it goes on sale in the States.