The company has been partnering with SanDisk to develop 3D NAND flash memory since last year, and the new chips could hit the streets in early 2016. 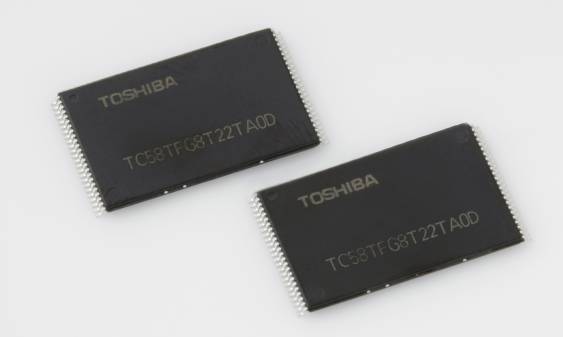 The new BiCS Flash chip is a 256 gigabit (or 32 gigabyte) 3D NAND flash storage chip with 48-layers and 3-bits-per-cell. It comes less than half a year after Toshiba introduced the first 128Gb (16GB) models.

Toshiba says the new chips could be used for solid state disks, smartphones, tablets, memory cards, and other devices that rely on flash storage.

Toshiba and SanDisk aren’t the only companies working on 3D NAND chips… and 3D NAND also isn’t the only game in town though. Intel and Micron recently announced a new storage technology called 3D Xpoint, which the companies say could offer speeds up to 1,000 times faster than existing NAND flash storage.

via Computer World and Hexus