The Toshiba Thrive tablet features a 10.1 inch display, an NVIDIA Tegra 2 dual core processor, and a few features you won’t find on many other Android tablets including a removable battery and full-sized USB and HDMI ports.

Toshiba discontinued the Thrive this year to make room for newer, thinner, and faster tablets. But the company is starting to roll out an over-the-air software update for anyone that has last year’s model. 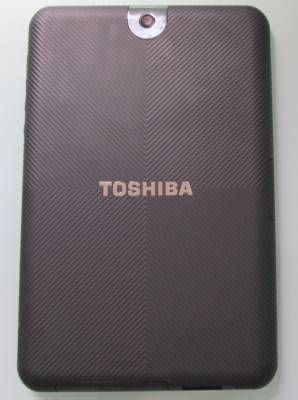 While the tablet originally shipped with Android 3.0 Honeycomb, the software update brings Android 4.0.4 Ice Cream Sandwich to the Thrive.

The update should arrive automatically, but you can check for the update using the Toshiba Service Station app that comes with the tablet.

Incidentally, while the Thrive is discontinued, you can still pick one up for a pretty good price. 1SaleADay is currently selling refurbished models for $199.99.

7 replies on “Toshiba rolls out Android 4.0 for the 10 inch Thrive tablet”