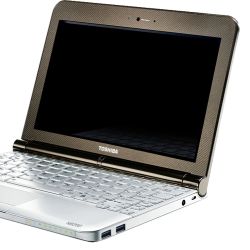 A Toshiba executive says the company expects to see “up to three digits percentage growth rates” in netbook sales in Europe, the Middle East, and Africa this year. The Wall Street Journal is reporting that Toshiba sees huge growth potential for mini-laptops in developed markets, but expects sales to drop off in developing markets including Russia.

One interesting point is that Toshiba, which recently introduced the Toshiba NB200 in Europe, doesn’t see netbooks cannibalizing sales of higher priced laptop and desktop computers. According to Toshiba almost 99% of netbook buyers are picking these computers up as a second or third computer. That number seems remarkably high to me, but not entirely out of the question. I’m less sure I believe the other statistic in the article: that only 10% of customers say price is a factor when making netbook purchases.

Maybe it’s just me, but I thought price was one of the defining features of a netbook. You could purchase mini-laptops a few years ago too. They were just called subnotebooks and they cost $1500 or more.