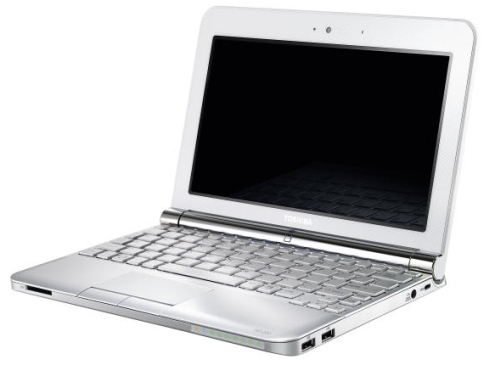 Toshiba is bringing its first 10 inch netbook to the United States. In fact, the Toshiba NB205 will be the first mini-laptop from Toshiba available in the US. The company’s Satellite NB100 netbook with an 8.9 inch display was sold parts of Europe, Asia, and South America, but never made it to the States.

If the NB205 looks familiar, that’s because this is pretty much the same computer as the Toshiba Dynabook UX the company launched in Japan, and the  NB200 which Toshiba introduced for the UK market.