Toshiba will begin selling a new budget tablet in Japan later this week. The Toshiba Regza AT374/28K is a 7 inch tablet with a low-cost processor and a low resolution display. But the nifty thing about budget tablets in late 2013 is that some of them are better than high-end tablets from a few years ago.

This model has a relatively speedy Rockchip RK3188 quad-core processor, 1GB of RAM, and 16GB of storage, for instance. 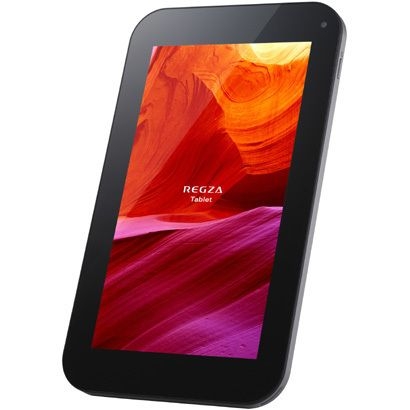 Unfortunately, the tablet also features a 7 inch, 1024 x 600 pixel display, which is starting to look pretty dated. It has a 3MP rear camera and 0.3MP front-facing camera, and runs Android 4.2 Jelly Bean software.

The Toshiba Regza AT374/28K has stereo speakers and SRS audio and supports WiFi and Blluetooth connections.

It’s expected to go on sale in Japan November 22nd for 29,800 yen, which is about $300 US, but the tablet would likely be much cheaper if Toshiba brings it to other markets.

Update: Sure enough, the tablet sells for $170 in the US, where it’s called the Toshiba Excite 7.

via GSM Insider and Tech2.hu