The Toshiba Encore Mini has an Intel Atom Bay Trail processor, Windows 8.1 software, and it sells for $119. 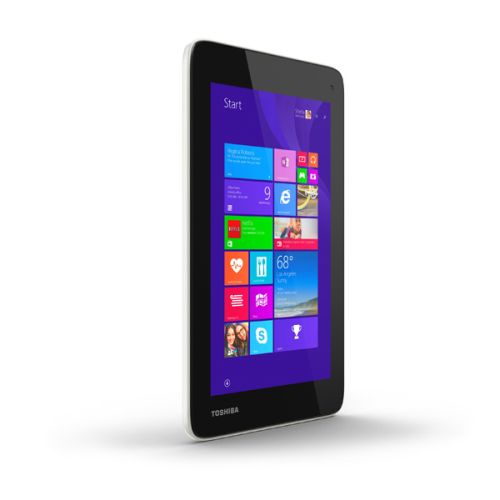 That’s kind of a crazy price for a machine that can run most legacy Windows apps as well as new “Modern” or “Metro” style apps from the Windows Store — although it’s worth bearing in mind that classic Windows apps such as the desktop versions of iTunes, QuickBooks, and even Microsoft Office weren’t really designed to run on a device with a  inch touchscreen display.

On the other hand, not only do you get Windows 8.1 with Bing software… you also get a 1-year subscription to Microsoft Office 365 Personal.

It’s also worth noting that a $119 tablet doesn’t have all the features you’d get with a more expensive model.

The Toshiba Encore Mini features a 1024 x 600 pixel display and just 1GB of RAM and 16GB of built-in storage. There’s a micro SDXC card reader for removable storage, 802.11n WiFI, and Bluetooth 4.0 and the tablet has 0.3MP front and 2.0MP rear cameras.

While the tablet is powered by an Intel Atom Z3735G quad-core processor which should be sufficient for running most Windows apps, don’t expect bleeding-edge gaming performance. And since there’s no HDMI output, it would be tough to turn this cheap tablet into a cheap desktop-style computer.

It weighs 12.5 ounces and measures about 0.43 inches thick, features a mono speaker, and Toshiba says you should be able to get up to 7.3 hours of battery life from the 13Whr battery.

Toshiba started showing off a 7 inch tablet prototype in June. It looks like the finished product hasn’t changed much since then… which means the screen might not have stellar viewing angles, but you’ll be hard pressed to find a Windows tablet with a lower price tag.