Toshiba hopped on the portable notebook/tablet hybrid with the launch of the Satellite Click series of 2-in-1 devices last year. The Toshiba Satellite Click looks like a 13.3 inch notebook, but you can remove the keyboard and use the device as a tablet. With a list price of around $600, the Click Series is also reasonably affordable (and you can also find models going for even lower prices).

Unfortunately the Click is hampered by a relatively slow AMD A4 processor and a 1366 x 768 pixel display.

Now it looks like Toshiba has a new 13 inch 2-in-1 with a faster CPU and higher-resolution display. 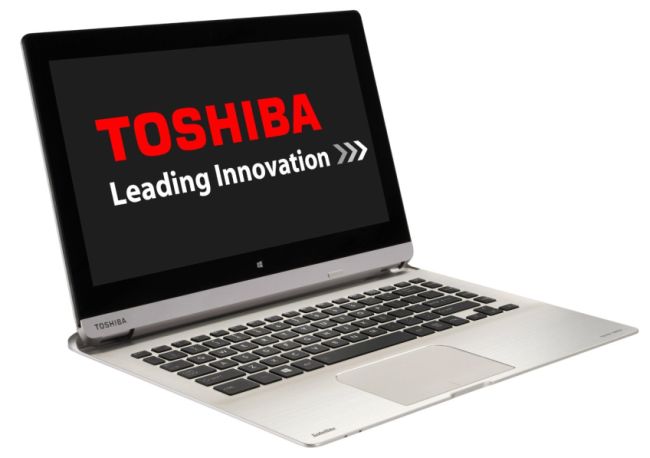 Mobile Geeks spotted a listing for the Satellite P30W at Amazon Germany, where the computer is described as having 4GB of RAM and a 256GB solid state drive. There’s no word on whether a cheaper 128GB model will be available, but this version appears to have a price tag of about 999 Euros.

The keyboard base appears to be super-slim near the front, but there’s a chunky bit in the back which houses full-sided ports including an HDMI port and 2 USB ports.

There’s no word on if or when we’ll see this model in other countries.