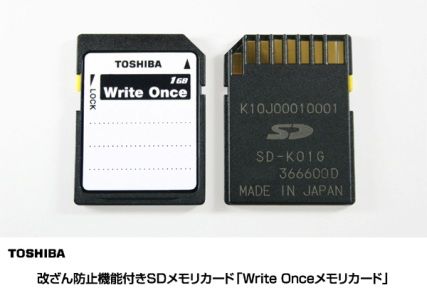 Toshiba has announced the launch of a new type of flash storage which is either a huge step forward… or back. The company’s new Write-Once SD card can store up to 1GB of content. But you can only load it up once. After that you can’t erase or rewrite the card.

In other words, Toshiba has just re-invented the CD-R.

While that might not actually seem altogether useful for most end users, Toshiba isn’t really targeting you. Instead the Write-Once Memory Cards are designed for governments, businesses, and other institutions that might need to disseminate information that can be read, but not overwritten.

The new SD cards are already available in Japan.