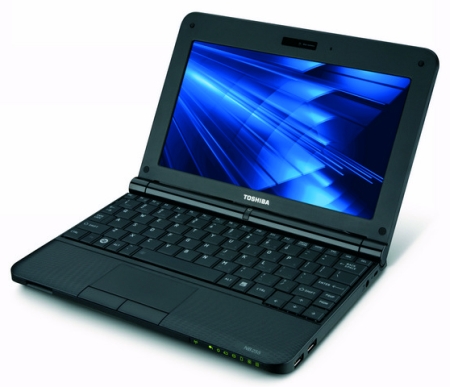 Toshiba is giving its 10 inch netbooks a slight spec bump today, by introducing models with support for DDR3 memory.

Toshiba has also introduced a lower priced model called the Toshiba Mini NB255. It’s built of less expensive plastic and has a different keyboard design than the NB305. But it features the same basic guts including an Atom N455 CPU and DDR3 memory.