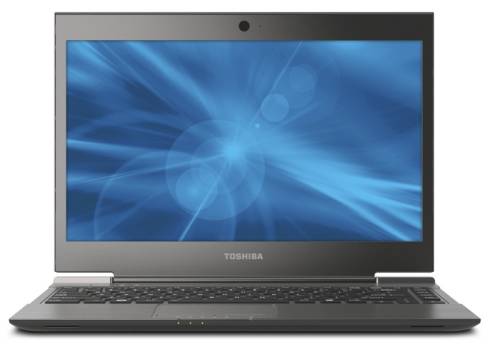 Toshiba is the latest company to throw its hat in the ultrabook ring. Today the company introduced the Toshiba Portege Z830, a 13.3 inch notebook that’s just 0.6 inches thick and which weighs just 2.45 pounds. Toshiba says that makes it the lightest 13.3 inch notebook around.

Like ultrabooks from Lenovo, Acer, and Asus, the Portege Z830 uses the latest Intel processors Core i3, i5 and i7 processors and a case that’s designed for passive cooling. This allows for a slim laptop that doesn’t generate excessive heat or get too noisy from a loud fan. The laptop also has a 128GB solid state disk.

The computer has a light but sturdy aluminum and magnesium alloy case  and features HDMI, VGA, and Ethernet ports, two USB 2.0 ports and a USB 3.0 port. It also has an SD card slot. 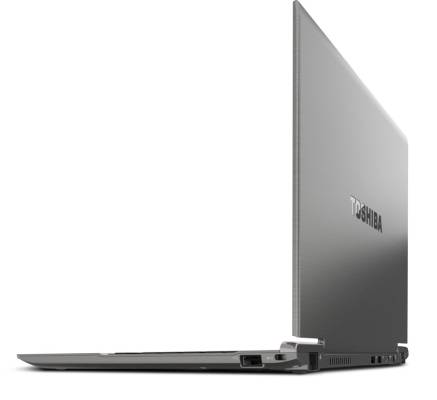 The laptop has a 47Whr battery which should be good for up to 8 hours of run time, and the Z830 also has a spill-resistant backlit keyboard — something you don’t usually see on budget ultraportable laptops.

Of course, budget is probably a strong word to use for an ultrabook. While Toshiba hasn’t announced pricing details for the notebook yet, Intel is the driving force behind the ultrabook platform and the chip maker wants PC makers to start pricing for their thin and light laptops at $1000 or less.

One reply on “Toshiba introduces a 13 inch, 2.45 pound ultrabook”