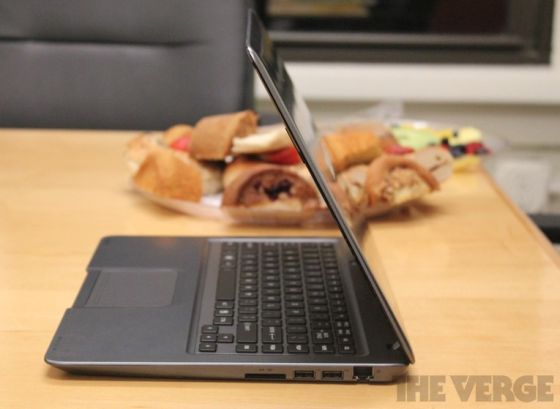 While the notebook will ship early this year with Windows 7, SlashGear reports that Toshiba plans to load Windows 8 on the same notebook later this year.