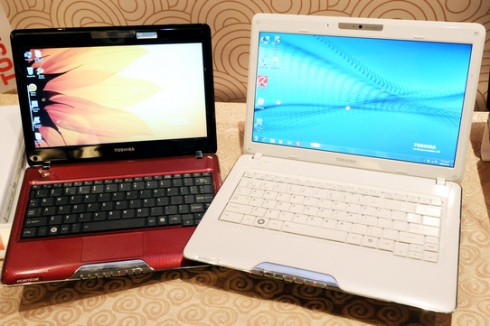 Look, I understand that companies like to distinguish the US, European, and Asian models of various computers. But usually this is done by adding a letter or two to the end of the model number. In Toshiba’s case, the company is launching its upcoming 11.6 inch and 13.3 inch thin and light laptops with Intel CULV processors under three completely different product lines.

And if these computers look familiar, that’s because we’ve already seen them introduced. Twice. Earlier this week Toshiba Japan launched the Dynabook MX/33 and MX/43 which look to be pretty much the same systems as these. And last month Toshiba introduced the Satellite T115 and T135 which are, you guessed it, virtually identical to these machines.

Of course, it looks like each variation (if you can call them that) will be available in different parts of the globe at different price points. But Toshiba certainly doesn’t make things easy on tech bloggers with international audiences, does it?