The Toshiba Encore is an 8 inch tablet with an Intel Atom Bay Trail processor, Windows 8.1 software, and Microsoft Office 2013 Home & Student. Toshiba introduced the tablet in September, and now it’s up for pre-order from Amazon for $330 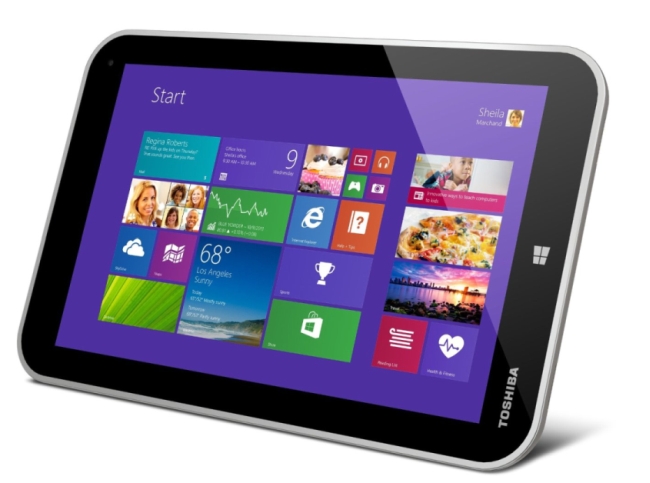 Tosihba’s first 8 inch Windows tablet is powered by an Intel Atom Z3740 quad-core processor and feature 2GB of RAM and 32GB of storage.

, both of which weigh closer to 14 ounces.

Lenovo’s Miix2 tablet is even thinner and lighter, measuring about 0.32 inches thick and weighing 12.3 ounces.