The Toshiba Encore 10 and Encore 10K will be available in September for $299 and $479, respectively.

Update: The tablet is now available for purchase in the US as the Toshiba Satellite Click 10. 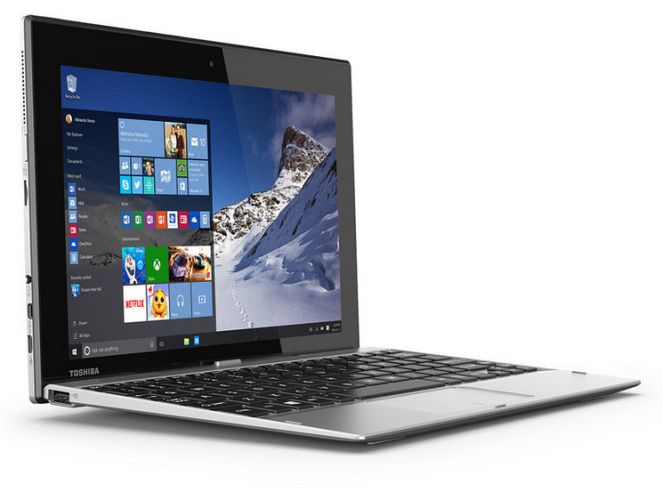 What’s the difference between the two tablets? The Toshiba Encore 10K comes with a keyboard dock that sports a separate battery. This provides up to 11 hours of battery life when you’re using the computer like a notebook.

The Toshiba Encore 10, on the other hand, is just a tablet with up to 7 hours of battery life.

The Toshiba Encore 10 series tablets feature magnesium alloy cases and weigh about 1.3 pounds, while the keyboard dock for the Encore 10K weighs another 1.3 pounds, bringing the total weight of the system to about 2.6 pounds when used in notebook mode.

If these 2-in-1 tablets look familiar, that’s because we’ve seen them before: Encore 10 seems to be the new name for the Toshiba Satellite Click 10…. although the specs we had originally reported for the Click 10 included an Intel atom x7 processor and 802.11ac WiFi. It doesn’t look like the models Toshiba is bringing to the United States in September have those features.