Smartphone processors keep getting faster, the cameras keep getting better, and the batteries are… still there. But there’s another piece of hardware that can affect performance of smartphones and other mobile devices: the storage technology.

Early phones shipped with eMMC flash storage (and some cheaper models still do). More recently phone makers started adopting UFS storage. And this year we expect to see the first mobile devices that use UFS 3.0 storage, which is expected to be up to twice as fast as UFS 2.1.

Samsung is working on a UFS 3.0 solution and plans to have it ready to go sometime this year. And now Toshiba has announced that it’s begun sampling UFS 3.0 storage. 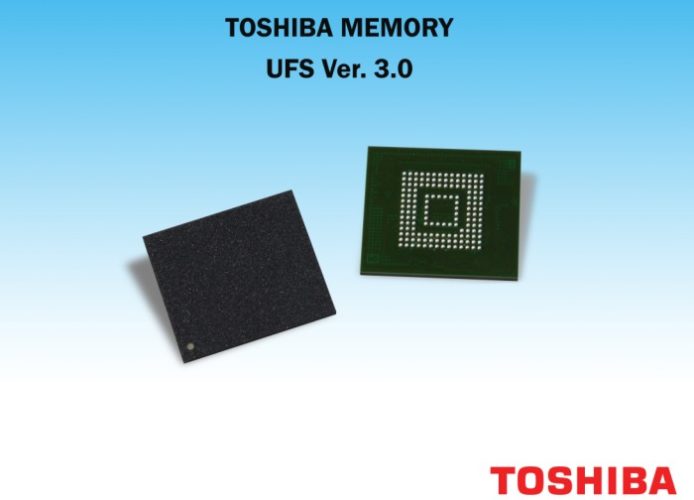 Toshiba says its solution offers sequential read speeds that are 70 percent higher than its previous-generation storage and sequential write speeds are up by 80 percent.

So far the company is just sampling a 128GB device, but 256GB and 512GB versions should begin going out to partners in March.

In addition to smartphones, Toshiba says the new storage solution could be used in virtual reality systems, tablets, and other mobile devices. But it’s most likely going to show up in high-end gadgets first. The fact that Toshiba doesn’t even seem to be bothering with 32GB or 64GB versions seems telling.