The Toshiba Excite 13 is an Android tablet with a screen so large you might think you’re looking at a laptop display. The tablet features a 13.3 inch, 1600 x 900 pixel display.

Toshiba plans to start selling the tablet in the US in June for $650 and up. Today it passed through the FCC website on its way to store shelves. 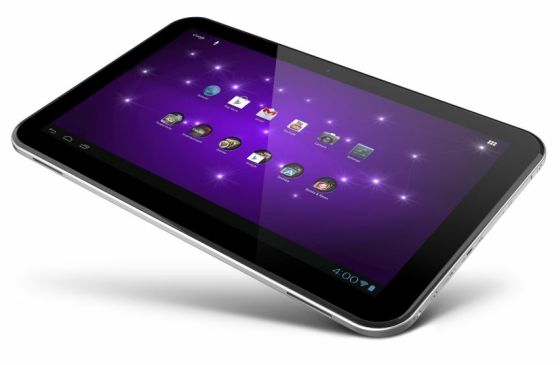 The tablet features an NVIIA Tegra 3 quad core processor, 1GB of RAM, and up to 64GB of storage. It runs Google Android 4.0 and features 802.11b/g/n WiFi.

It’s not clear if that cheaper model will be available in the US though.

The Toshiba Excite 13 measures about 0.4 inches thick, which makes it a reasonably slim tablet. But it weighs about 2.2 pounds, making it one of the heaviest Android tablets around. There’s probably not much way to avoid the extra weight when dealing with a screen that big.