The Topjoy Falcon is a tiny computer with an 8 inch full HD display, an Intel Pentium N5000 Silver processor, 8GB of RAM, and Windows 10 software. You can use it as a notebook or tablet thanks to a 360-degree hinge and a touchscreen display.

I spent some time testing a prototype recently and it’s a pretty nice machine if you can get used to the computer’s small keyboard and mediocre battery life.

Now the Falcon is up for pre-order through a Kickstarter crowdfunding campaign. Prices start at $399 for early bird backers. 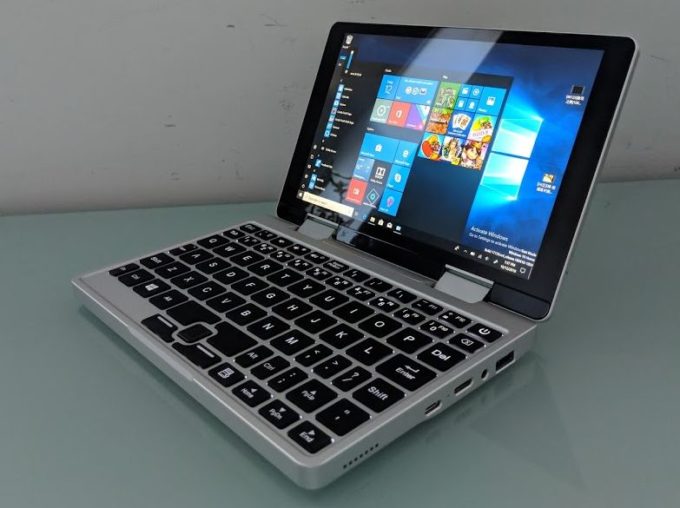 The computer comes with two different storage configurations: 128GB or 256GB. If you’re interested in a model with 256GB you should probably pay for it, because the storage isn’t easily upgradeable — there’s not even an SD card slot.

Topjoy is offering a limited number of 128GB units for $399. That price doesn’t include the optional Falcon Pen pressure-sensitive stylus though, so you’ll need to spend at least $429 if you want the computer and pen.

Topjoy plans to begin shipping the Falcon to backers of the crowdfunding campaign in February, 2019.

Personally I think you get some decent bang for the buck if you can snag a Topjoy Falcon for $499 or less… but the company says retail pricing will start at $699 when the crowdfunding campaign ends. I think it’s a much tougher sell at that price.