Looking for a light-weight, but capable operating system? It doesn’t get much lighter than Tiny Core Linux.

The disc image for the most basic version of this operating system is just 16MB, and it boots on most computers in a matter of seconds. But once it’s up and running, you can install all sorts of desktop applications including the Firefox web browser, GIMP image editor, of LibreOffice suite of office applications.

It’s been a few years since I last wrote about Tiny Core, but when I saw that version 8.0 was released this week, I figured it was time to check in again. 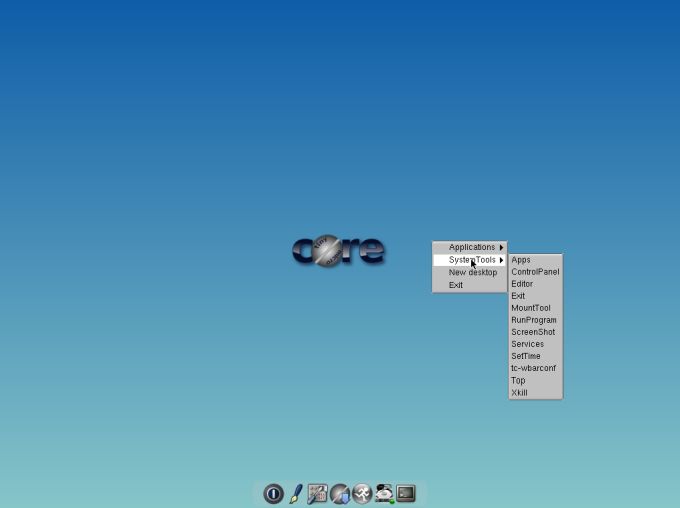 The updates are mostly under the hood: the core operating system is still small, simple, and fast.

But Tiny Core includes a more recent Linux kernel, updated versions of busybox, glibc, and gcc, among other things. The kernel update should help Tiny Linux run on additional hardware.

Tiny Core comes in a couple of different versions, including builds for ARM, x86, and x86_64 processors. The simplest version with a graphical user interface is the 16MB TinyCore. There’s also a 11MB command line-only version just called Core, and a beefier installation image called CorePlus which includes the base system and installer tools that let you choose a window manager, keyboard configuration, and other settings. 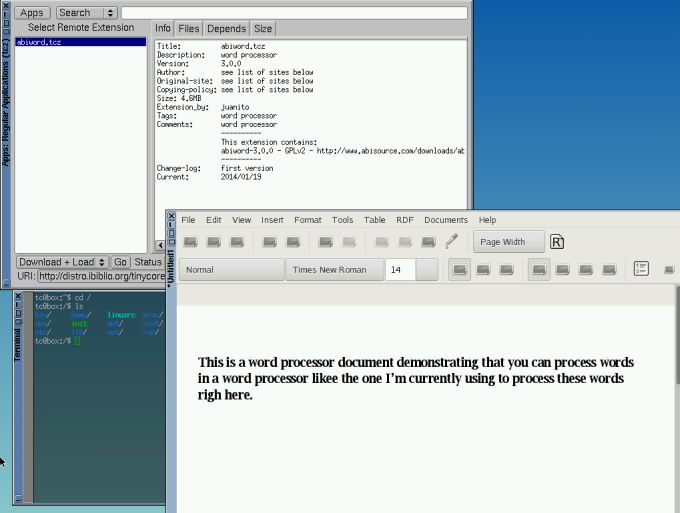 Tiny Core Linux may not have all the bells and whistles you get from Ubuntu, Fedora, or OpenSUSE. But it’s still a surprisingly capable little alternative that you can either run from a USB flash drive or install to a computer with limited resources.