Smartphones never seem to get enough battery life… and sure, you can lug around a spare battery pack in case you run out of juice. But you can also generate some spare power while you’re on the go thanks to backpacks and other accessories with built-in solar panels.

Now Tommy Hilfiger is getting in on the solar action with a new line of Solar Panel Jackets that sell for $599. 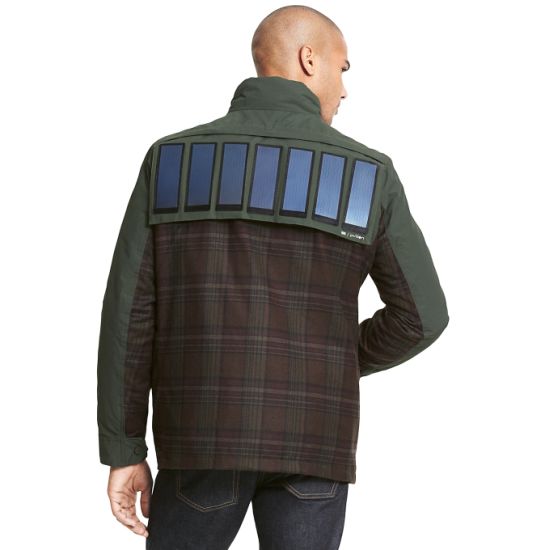 The company offers men’s and women’s jackets in a range of sizes.

Each weighs about 4 pounds, feature nylon and wool materials, and incorporate removable, water resistant solar panels. There’s also a built-in battery which is what the solar panels actually charge. You can use that battery to recharge a 1500mAh battery up to 4 times when fully charged.

Tommy Hilfiger partnered with solar company pvilion to create the jackets, which have a flap that hides the battery pack with dual USB ports that let you charge your devices.

There are probably more effective (and more affordable, not to mention more attracitve) options for keeping your phone charged. You need to spend a fair amount of time in direct sunlight for wearable solar panels to collect enough of the sun’s rays to fully charge a phone. But these jackets are limited edition products which serve more than one purpose: Tommy Hilfiger will donate half the proceeds of sales from the jackets to the Fresh Air Fund.

Still not impressed? Then you could probably just make your own tax deductible donation to a charity of your choice instead and buy a spare battery for your phone.