Tizen is an open source, Linux-based operating systems designed for smartphones, tablets, TVs, laptops, and just about anything else that needs an operating system. It’s backed by Intel and Samsung, and it’s been in development since the MeeGo Linux project shut down two years ago.

We should start to see the first smartphones running Tizen this year, and developers have started showing off the software on other devices, including laptops.

But you can also take Tizen for a spin yourself. An early port of Tizen 2.0 has been available for the Nexus 7 tablet for a few months, a new port for was just released for the Nexus 7 3G, and there’s even a guide for building your own port (although it’s not exactly written for beginners). 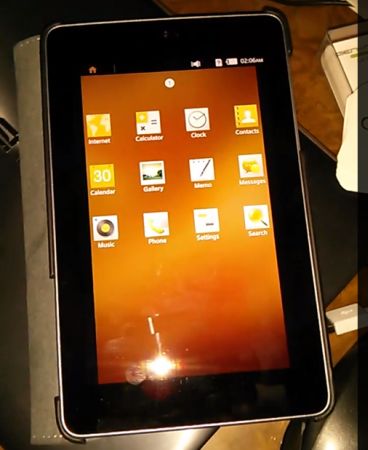 If you just want to see what Tizen looks like on a touchscreen device, developer Arnaud Dupuis has posted a video of Tizen running on his Nexus 7 3G tablet.

He’s using the MultiROM tool which makes it possible to choose between Android and Tizen at boot instead of overwriting one OS with the other.

The software’s pretty rough around the edges at this point, but it’s clearly optimized for touchscreen displays, has an on-screen keyboard, status notifications and all the usual goodies.

You can read more about this build of Tizen for the Nexus 7 at Tizen Experts, or just check out the video below to see it in action.