Digital Video Recorder pioneer TiVo has had a rough few years as TV providers have launched their own DVRs and on-demand content from services like Netflix and Hulu have made it less necessary for TV fans to record programs for later viewing.

But the company’s next product could be a device that combines a bunch of features into one product in an attempt to re-imagine the idea of what a DVR can be in 2016.

It’s called the TiVo Mavrik, and while the company hasn’t officially announced it yet, blogger Dave Zatz has uncovered a bunch of details. 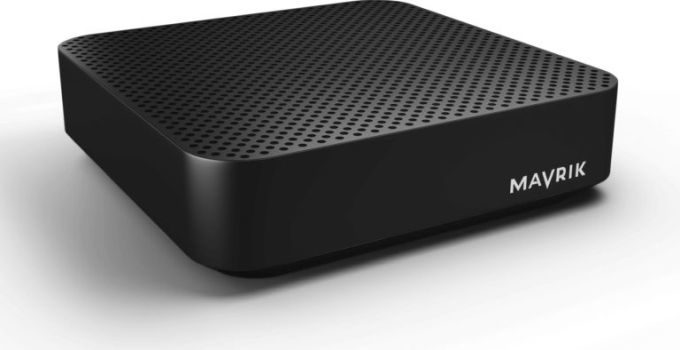 First up, the device appears to be capable of both recording live TV for later viewing and streaming live TV over the internet, allowing you to watch programming in real-time on your phone, tablet, or computer.

Unlike PlayStation Vue or Sling TV, you aren’t paying to stream those TV channels straight from a TV provider. Instead, Mavrik plugs into an over-the-air antenna at your home and streams your local broadcast channels… although, this being a TiVo product, there will probably be a subscription fee that covers program guide data, among other things.

One of those other things? Cloud storage. It’s not clear if Mavrik will have a sizeable built-in hard drive, but there are indications that it supports “diskless cloud DVR” features, which means your content is stored to a remote server. That makes it easy to stream recorded shows even when your home device may be turned off… and also helps ensure that you never run out of space (assuming you’re paying for enough cloud storage).

There is one major limitation to this sort of product though: your antenna. If you live in a place where you cannot pick up strong signals with an OTA antenna, then live TV viewing can be annoying. Watching programs recorded via an OTA antenna can be even more annoying, since it’s too late to go and adjust your antenna for better reception once a show has already been recorded.

That’s why I pretty much gave up watching live TV a few years ago and made the move to using Netflix, Amazon Prime, and YouTube for nearly all of my viewing.