TiVo has been making digital video recorders for decades… but at a time when every cable company offers a DVR and many people get their binge-watching fill through online video sites, TiVo has been struggling to remain relevant.

So what’s the company’s next move? A box that allows you to record live, over-the-air TV broadcasts and stream them to other devices in your home (or maybe outside your home).

An unannounced device called the TiVo Mantis just showed up at the FCC website. 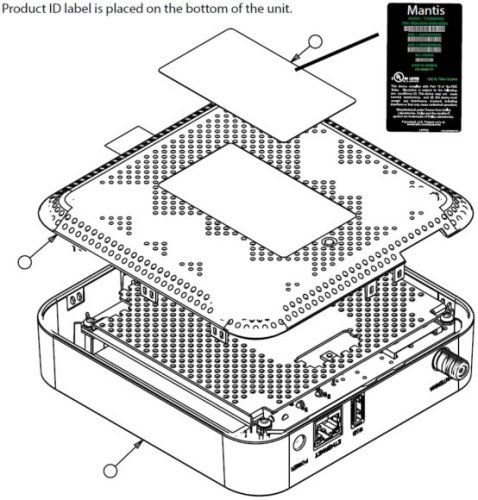 The Mantis has an Ethernet jack, a USB port, and an antenna connector… but no visible HDMI port or other video output option. So it can receive broadcast signals and it can connect to the internet, but it cannot display videos on your TV.

As Blogger Dave Zatz notes, that’s a pretty good sign that the Mantis will work like a Tablo or SiliconDust HDHomeRun device: it’s basically a TV tuner and/or DVR that allows you to stream content to other devices… such as other TiVo hardware in your home or a Roku, Apple TV, Amazon Fire TV, or Chromecast device.

Maybe you’ll even be able to use it like a Slingbox, to stream live or recorded TV over the internet so you can watch your favorite shows on your phone when you’re traveling.

Most of this is just speculation for now. All we really know is that there’s a new device on the way, it’s small, seems to have relatively few ports, and will probably be officially unveiled in early 2017.