Once upon a time television sets were big boxes with small screens. The TinyTV 2 is a small box with an even smaller screen. Like really small.

Up for pre-order for $49 through a Kickstarter crowdfunding campaign, the TinyTV 2 is basically a portable media player with a 1 inch display, 8GB of storage and a battery. But with a design inspired by an old-school TV set, it looks unlike most other pocket-sized gadgets that you can use to watch videos or listen to music. You can even use the built-in knobs to change “channels” or adjust volume. 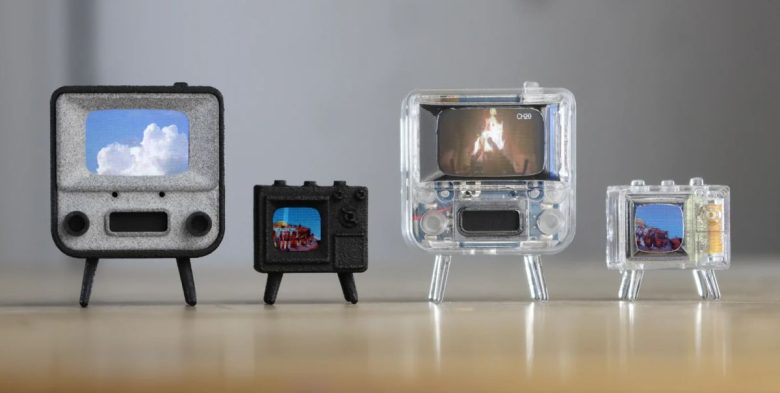 The TinyTV 2 has a 1.9″ x 1.4″ x 1″ body, while the screen its a 1 inch, 216 x 135 pixel IPS TFT LCD display with support for 65 thousand colors. It’s powered by a Raspberry Pi RP2040 processor and features a front-spacing mono speaker, an IR port for an optional remote control, a USB-C port for charging and loading videos, and a built-in 8GB microSD card that can store up to 10 hours of video.

With just a 3.7V, 150 mAh battery, the system only gets about 2 hours of battery life while playing videos. But let’s be honest, this thing is more of a novelty than a device you’re actually going to want to watch feature-length movies on. So maybe long battery life isn’t all that important.

Like the (slightly) larger model, the TinyTV Mini has volume, channel, and power buttons, but due to the smaller body, they’re all on the top of the device. It also has a built-in speaker, IR receiver, a USB-C port, and 8GB of storage (which can store up to 40 hours of video optimized for a 64 x 64 pixel display).

TinyCircuits also includes software for PC and Mac that you can use to compress video for these tiny devices, as well as a screen mirroring utility that will let you stream content from a computer to the little display. 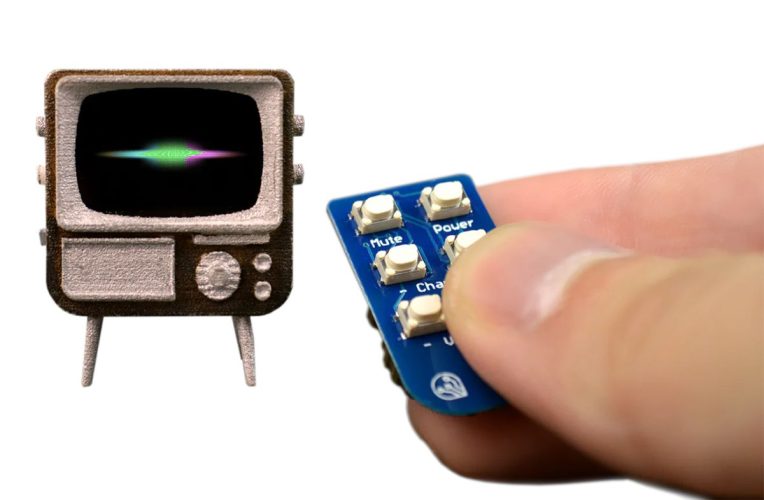 Optional upgrades and add-ons include a clear case for either model, USB-C cables, or a Tiny Remote with power, volume, and channel buttons.

The TinyTV 2 and TinyTV Mini Kickstarter campaign runs through November 17th, 2022 and TinyCircuits expects to begin shipping units to backers in March, 2023.

via The Verge and Technabob