Earlier this year HP and Tile introduced the first laptop to feature a built-in Tile tracker that would help you track down your computer should it go missing. Now Tile has announced a partnership with Intel that could bring the technology to far more laptops in the future. 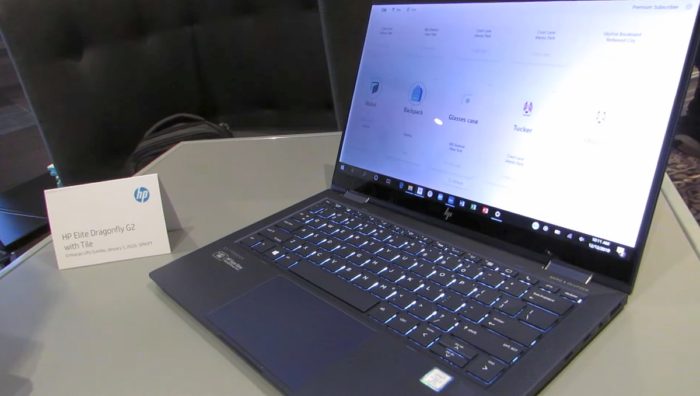 Tile has made its name for offering a line of Bluetooth trackers that you can attach to a keychain or other small items. If you can’t find your keys, you can fire up the Tile app on your phone and see the last known location on a map to help track them down. Or you can make the Tile tracker ring so that you can use your ears to figure out which couch cushions to dig under. There’s also optional support for a community feature that leverages other nearby Tile users’ devices to help you locate items that are out of your phone’s range.

Building Tile technology into a laptop means that you don’t need to attach a third-party tracker to it to use Tile’s location tracking services. And unlike existing Tile devices, you don’t have to worry about replacing the battery (or tracker) once a year — Tile’s integrated laptop trackers can draw power from a laptop battery, but they also hold a bit of power in reserve so they should work even when the laptop is sleeping, powered down, or out of juice entirely — or at least that’s how the HP DragonFly Elite’s optional Tile tracker feature works.

In a press release announcing Tile’s partnership with Intel, the company only promises that Tile will work when “the device is in sleep mode,” so it’s possible that you may be out of luck if the laptop battery is entirely dead.

The partnership doesn’t mean that all Intel-powered laptops will feature Tile tracking features. But Tile says the new solutions should “be available later this year for OEM adoption,” suggesting it’ll be up to PC makers to decide whether to incorporate Tile’s trackers with its computers… and I suspect that in many cases it’ll be an optional feature that customers can choose to pay extra for.