Thumby is a tiny game console designed to look like a classic Game Boy, but smaller. Way smaller. Designed to fit on a keychain, the entire game console is smaller than the screens on most other micro-consoles.

But Thumby is still a playable console that comes with five free and open source games pre-installed, with support for loading additional third-party games. The makers of Thumby are running a Kickstarter crowdfunding campaign and plan to begin shipping the tiny gaming device to backers who pledge $19 or more starting in February, 2022. 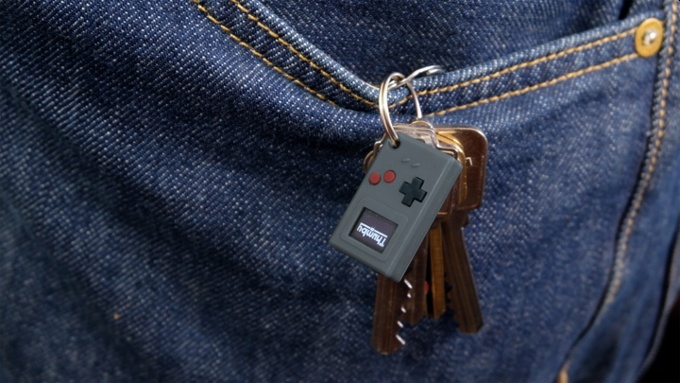 The system is powered by a Raspberry Pi RP2040 microprocessor and a 40 mAh battery, and it has 2MB of storage plus a micro USB port that can be used for charging, programming, loading games, or even multiplayer gaming when using a Thumby Link cable to connect to other Thumby devices. 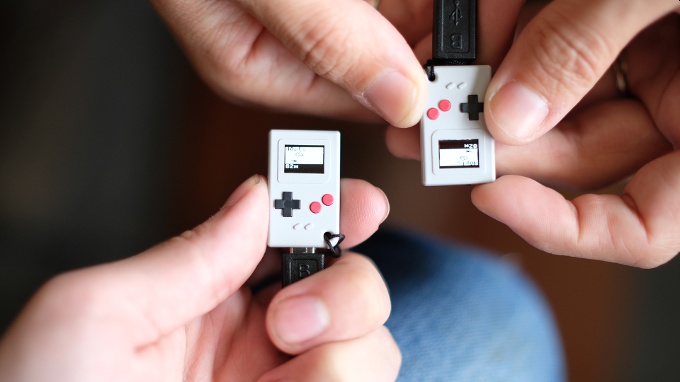 Games that come with the little device include a Tetris clone, an Asteroids clone, a Snake game, a Nethack-like “dungeon adventure game” and a game that seems to be modeled after Google’s jumping dinosaur game that you see when the Chrome browser is offline (or when you enter chrome://dino in the location bar).

But users can also make their own games using MicroPython and Thumby developer TinyCircuits plans to host user-made games on its website for users who want to download and install third-party games. There’s even a a web-based IDE for game development.

The entry-level Thumby comes in light gray, but for $5 more you can also opt for a light blue or magenta model. And there’s a $35 Special Edition Thumby with a gold colored plastic body. That model also comes with a storage case. And a pledge of $50 or more can get you a Thumby Multiplayer pack that comes with two or more Thumby devices plus link cables.

A few things that Thumby doesn’t come with? A magnifying glass that you might need to actually see the screen or fingers small enough to comfortably press the game controller buttons.

But TinyCircuits is no stranger to ridiculously small game consoles. The company got its start with the TinyDuino crowdfunding campaign in 2012, and a few years later showed how you could use that little board plus a few other parts to build your own micro-console.

The new Thumby costs about one fourth as much as that DIY model though, and there’s no assembly required. 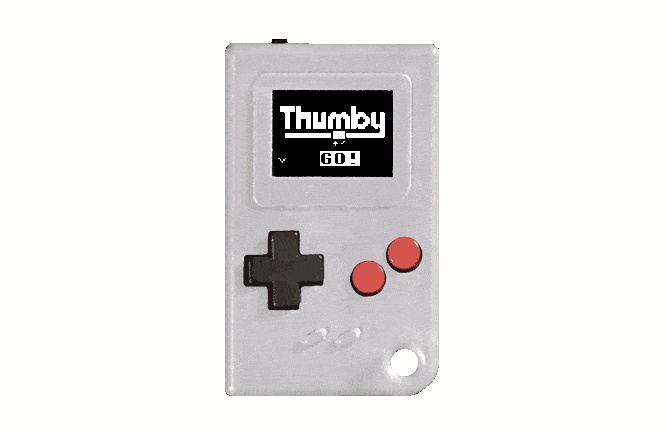