As expected, Motorola is launching a new set of smartphones with big, high-resolution AMOLED displays with high refresh rates, camera systems that include a 108MP image sensor, and support for 30W fast charging.

The new Motorola Edge 20 Pro, Edge 20, and Edge 20 Lite will be available in select markets starting in August with starting prices ranging from €350 to €700. 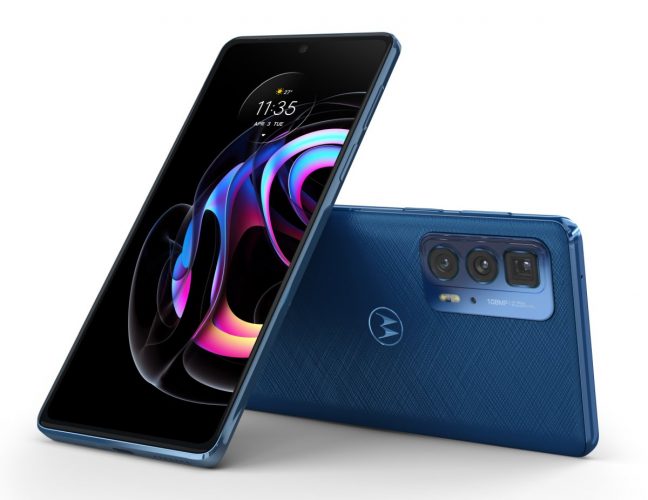 Motorola says the phones will ship in Europe, Latin America, the Middle East and Asia. The company does plan to offer at least one model in North America this fall, but it hasn’t specified which (although a leak from earlier this month suggests it could be a version of the mid-range Motorola Edge with a bigger battery).

While all of the phones have some premium features, they each pack different processors, batteries, and memory options. The Motorola Edge 20 Pro and Edge 20 have Qualcomm Snapdragon 870 and 778G processors, respectively and both models also feature 144 Hz displays and 8MP telephoto cameras in addition to their primary and wide-angle cameras.

The Motorola Edge 20 lite, meanwhile, has a MediaTek Dimensity 720 processor, a 2MP depth-sensing camera in place of a telephoto lens, and has a 90 Hz display. But it’s also the most affordable of the bunch.

All three phones are compatible with Motorola’s “Ready For” software, which lets you connect your phone a Miracast-capable TV or display to stream movies or play games, or you can use a Ready for PC application to pair your phone with a Windows computer and access your smartphone apps, notifications, and other features in a mobile desktop window running on your PC.

The software also lets you use your smartphone as a webcam for your PC, which might actually be the most useful feature, since modern smartphone cameras tend to be far better than most of the built-in cameras that come with laptops, or even most USB cameras that you can plug in.

Here are some key specs for each of Motorola’s new Edge 20 series smartphones: