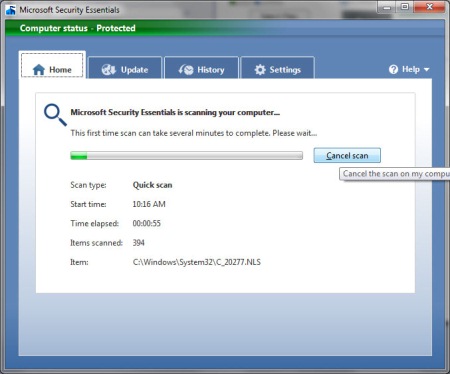 Most netbooks aren’t blessed with the same excess horsepower as current desktops and conventional laptops. In order to keep your system running to its full potential, it’s important to select applications that are easy on resources. You don’t want to needlessly overwork that Atom processor, do you?

One place you can save CPU and RAM usage is your antivirus program. I’ve found three options that are perfectly suited to netbooks, providing an excellent level of protection while keeping the impact on your system to a minimum.

While it’s not quite as light on Windows XP, if you’ve got a newer Windows 7 netbook (or one of the few running Windows Vista) MSE is an excellent choice. Like other traditional antivirus programs, MSE needs to download definition files to your PC to identify viruses. Scans are fairly fast, can be scheduled, and it’s been tested to detect about 98.5% of malicious files. The most common knock against MSE is its lack of any kind of heuristics-based protection, but the jury is still out on just how effective that type of defense is anyway.

RE: lightness on XP. I’ve seen task manager spikes of up to 60% on the CPU and memory usage up to 80Mb total on certain XP systems. It’s not consistent, so if you like what you’ve heard about MSE try it and see how your netbook handles it. Again, on Windows 7 MSE is a winner for its frugality with resources. 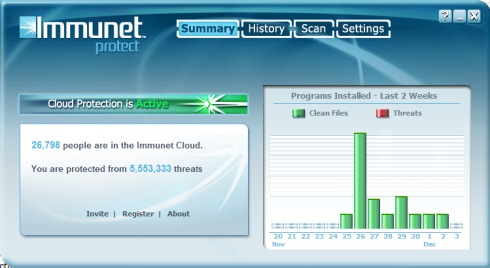 I’m currently running Immunet on my system – partially because I wanted to give it a thorough test and partially because I’m flat-out impressed. It’s incredibly light on resources – using less than 5MB of memory on my Windows 7 system. My CPU seldom notices any impact, even when running a scan. I also like the slide-out alerts which inform me whether or not a binary is “trusted.”

Immunet is cloud-powered, so there are no definition downloads. The user interface needs a little work, but it’s still in the early stages of development. In terms of protection, however, I think Immunet is more than capable of keeping the average user’s system safe.

The download is less than 5MB, so you won’t even be giving up a sliver of the 160GB SATA drive (or that even smaller SSD) in your netbook. 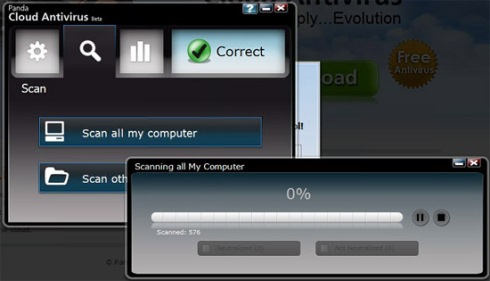 Panda was first on the scene with a cloud-powered antivirus program, and it’s another good option for netbook users. As with Immunet, CPU utilization is very low and the memory footprint is tiny (about 8MB on my system). Scans are fast, and you’re protected even when disconnected from the Cloud thanks to a local cache of Panda’s signature files.

One big advantage Panda has over Immunet is the size of its user base. Hundred of thousands of eyes watching millions of samples is likely to be more effective than a few thousand after all.

Got another solution that runs nicely on your netbook? Share it with us in the comments!