I’m a sucker for a good cyberdeck build, and this one from Igor Brkić is one of the slickest I’ve seen. It’s a new creation called the hgDeck, from maker/musician Igor Brkić.

It’s a wrist-worn computer that looks a bit like a Pip-Boy… if a Pip-Boy had a motor that slides the screen back to reveal a QWERTY keyboard that can be used for typing. 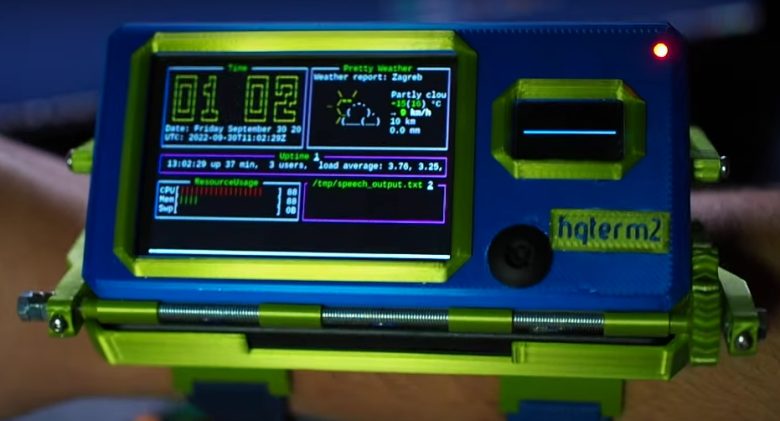 This isn’t Brkić’s first time making a pint-sized computer. A few years ago the developer made a handheld called the hgTerm, which was was a clamshell device with a full QWERTY keyboard and a 4-inch display that could be used for flashing and debugging embedded devices in the field. Since he was unable to find anything that met all his requirements, Igor built something that did.

Now that handheld has evolved into a full-on wearable cyberdeck. Brkić says that the new design isn’t meant for field use and is “more of a fun cyberpunk-ish prop,” created as an entry for this year’s installment of the Hackaday cyberdeck contest.

It’s built from components that Brkić already had on hand. The case was 3D printed, including the slick, motorized mechanism that allows the display to open and close. When the screen flips up and slides back, the hgDeck’s keyboard is revealed and a full terminal opens on screen. A quick tap and it closes up again, returning to “display mode.”

A Raspberry Pi Zero W provides the brains for the hgDeck. It’s connected to a pair of displays. The main one measures 3.5″ and the secondary waveform display measures just under an inch diagonally. Brkić also integrated a USB sound card, a microphone and a Hall sensor for detecting magnetic fields. Power is supplied by a 1300mAh lithium-polymer battery. 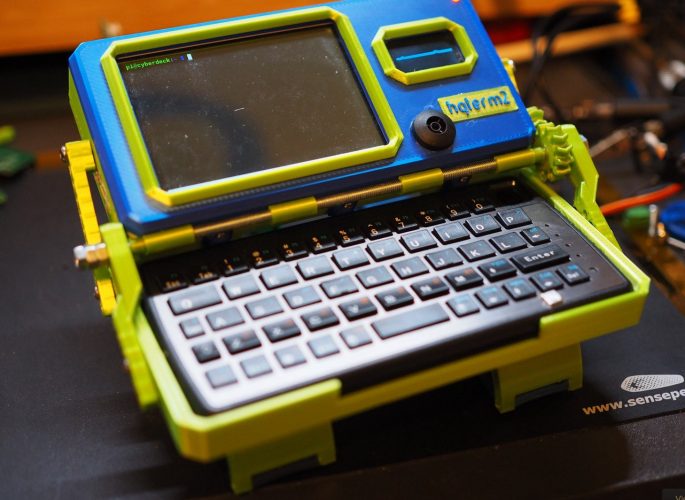 Brkić had plans to add even more functionality, but a thermal camera and voice control didn’t make the cut. He also says the hgDeck is “heavy and cumbersome.” It may not be practical, but hey… it looks great, and Brkić  nailed the retro-future aesthetic.