By definition, single-board computers typically have everything you need to get up and running embedded on the board… and the new Boardcon Idea3399 is no different on that front.

It has a Rockchip RK3399 hexa-core processor, 4GB of RAM, and 8GB of eMMC flash storage, and the system ships with android 7.1.

But what makes this little PC stand out is its expansion options: in addition to the usual range of ports, there are two slots on the back that you can use to add solid state storage and/or a 4G LTE card. 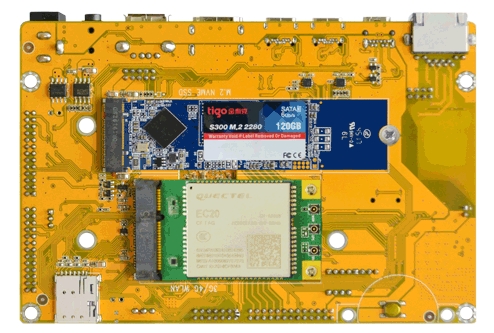 One is an M.2 2280 slot with support for PCIe NVMe solid state storage, and the other is an mPCIe slot that you can use for a cellular modem. There’s also a SIM card slot on the same side of the board as these slots.

On the other side there are a whole bunch of ports including:

There’s also a microSD card reader, and headers you can use to connect optional hardware including cameras, LCD displays, microphones, an IR receiver, or other items.

Unfortunately there’s no pricing information on the Boardcon website. You’ll need to contact the company for a quote. 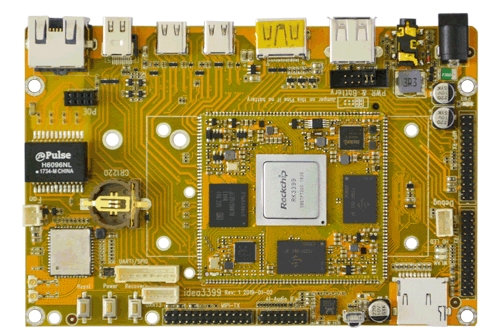 While this whole thing is aimed at developers rather than end users, single-board computers have been having a moment… for much of the past decade.

Embedded hardware has been around for ages. But when Raspberry Pi launched its first $35 computer in 2012, it quickly became clear that for the right price, there was a wide market of teachers, students, and makers interested in building their own hardware around these devices… or maybe just picking one up to use as a home theater PC or media center.

So while I don’t expect the Boardcon Idea3399 to be anywhere near as inexpensive as a Raspberry Pi, it does look a heck of a lot more versatile.

The board measures 135mm x 90mm (about 5.3″ x 3.5″), which makes it substantially larger than a Raspberry Pi. But hey, can you add PCIe NVMe storage or an mPCIe LTE modem to a Raspberry Pi?

Oh, and if you don’t need all the bells and whistles, you can also opt for a CM3399 system-on-a-module. It’s basically the brains of the Idea3399 and it features the same processor, memory, and integrated storage. But the 55mm x 50mm (2.2″ x 2″) module lacks any standard ports. Instead it has 202 edge pins for connecting to a carrier board like the one that’s used in the Idea3399. 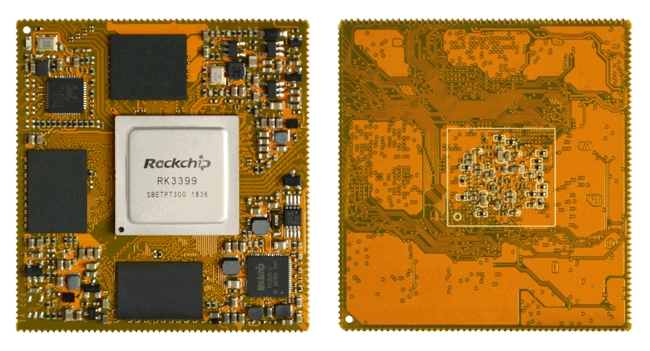 via CNX Software and Embedded Computing